Home | Features | November 17 | How Successful Could Your Company Really Be?

How Successful Could Your Company Really Be?

Everyone knows the cute story of the ugly duckling. The shy young duckling that lacked confidence at such an early age, but in the end, grew up to be the most beautiful and accomplished of all the ducklings. Don’t we all love happy endings? When I meet with companies who don’t exhibit confidence I often think of this story. What if the company – or really the owners and executives running the company – had self-belief, vision and drive to make the company what it was truly meant to be? the fullest realization of its inherent potential. How would employees feel, their customers and partners, and ultimately the owners and executives tasked with driving its growth? It’s actually quite a responsibility to lead and manage a company to its maximum potential. But it can be done well and with positivity.

A good friend of mine undertook a big sales recovery contract with a North American-headquartered company; a large manufacturing company with close to 10,000 worldwide employees. Their revenues had stalled and they were consistently year-in, year-out losing ground to their more aggressive competitors. Something had to be done and something big.

After a stream of worldwide meetings with key revenue customers it became clear these long-term ‘partner customers’ had lost confidence in the company to remain competitive, whether related to their technology, pricing, quality or ability to listen to what was needed. A more significant business challenge he had not seen before. But was it possible to turn-it-around, and realise its full potential?

Over the coming months, oftentimes working against other members of the executive team who had been safely lodged in place for many years, he visited all key stakeholders, customers, sales teams, owners, management and factories. It became evident there was no clear path to rapid recovery and in fact the business was so starved of investment and motivation in equal measures, that its revenues had started to atrophy. So, he decided to create a recovery plan, and immediately began working on an urgent initiative to stop the decline, secure short-term revenues, and build a sales pipeline that would allow for rapid and significant growth over the coming years. The good news is partial recovery did happen, revenues began to increase positively, and in just over a year the share price rose to 180% of its previous value – all positive by any measure. Yet what happened next really stumped him.

A new CEO was appointed. An acute focus on short-term growth was then placed on the entire organisation. Every quarter was considered life and death. Profit became more important than growing the company over the mid/long-term. Investment was once again stifled, whether in technology, people or process. Cuts were made in expenses across the board to preserve the bottom line as much as possible. The short-term share price and the bottom-line profit were considered king. Fear, not positivity and hope, now ruled the roost. Almost immediately a lot of the regained customer confidence, revenue gains and forward momentum began to slow or disappear entirely. Strategy was replaced by tactics. Less focus was spent on the sales pipeline, and much more on maximizing short-term revenues. And of course, the owners and CEO were stumped when expected growth simply didn’t materialize quarter/quarter as hoped for.

Reading this you may think the outcome to be obvious. But for many smart, highly-educated people apparently it was not. The belief that revenues and profits today will automatically guarantee revenues and profits tomorrow is indeed a fallacy witnessed by many a once-great company. And when growth is created after lots of hard-fought strategy, planning and action, it’s often assumed the actions that were done to get to this point now don’t need to be followed, and instead a move to shorter term focus will somehow keep the growth coming, no matter what. Again, it may sound naive, but it amazes me how so many companies fall into this most simple of traps and normally in the most spectacular way. It often leads to newly appointed CEO’s, new executive management, staff layoffs and a whole bunch of other unnecessary steps. But it’s becoming more common-place in our ‘profits-and-growth-now’ mentality.

The company continued to slowly grow, but my friend was heartbroken to see its true potential not being realized, and in fact being missed significantly against their faster growing, nimbler, more strategically-smart competitors. What the next few years would bring to this ‘slower-than-the-average’ growth company is anyone’s guess.

So, how do you know if your company is truly realizing its fullest potential? – its raison d’être. Here are some questions to consider:

1. Are your staff genuinely happy? Try MBWA (management-by-walking-about) and you will quickly get a sense if your team has positivity and energy. It will be clear one way or the other.

2. Is staff absenteeism lower compared to industry and regional averages? Statistics show there is always a certain amount of absenteeism, but the best-of-the-best companies have all but eradicated this. Know your numbers and how they stack up.

3. Does the company have a very well-articulated strategy, and all members of the company know about it, and feel their work is positively contributing to it? If you don’t know ask people or run a confidential intra-company survey. It’s easy to get this information reliably.

4. Is inclusion encouraged at all levels, and management have time to listen to staff inputs openly? Run some town-hall meetings and implement a confidential questions/suggestions box that is openly discussed at these meetings. Transparency is one of the most highly valued traits of a kick-ass company.

5. Do staff feel they are being rewarded fairly for their contributions (not just salary and bonuses)? If not start a “thank-you” plan. Have the management team genuinely say “thank-you” for a job well done. When started it is amazing how many “well-done” jobs are actually being completed.

6. Is the company continuing to invest in R&D and expanding its offerings? This works best when tied to a percentage of revenues and held at this percentage as the company grows.

7. Is the company consistently profitable and nestled in the top quartile of similar companies in the segment? If not, there is clear potential to improve. Staff love working for successful companies.

8. Are the values of the company openly displayed, regularly discussed, and always practised? Money is a huge driver to influence decisions, but values and their rock-solid implementation keep the best-staff engaged.

There are many well-publicized and highly-effective ways to measure if your company is realizing its full-potential. If you want a quick acid-test, try these time-tested power checks:

Growing a company to its fullest potential is a mixture of art and science and sprinkled with a genuine desire to be the best. And a consistent ethos that people are always the biggest and most important of all assets. And having experienced companies both in growth and decline, work and life seems a lot more fun when your company really is becoming kick-ass.

Joe Connelly is CEO of SalesLeadership.com, an Executive Sales Coaching & Consulting company which helps individuals and companies create winning strategy and re-acceleration of revenues. He can be contacted at joe@salesleadership.com 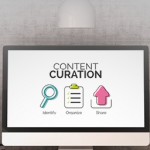 How Sharing Content Gets You More Visibility and Sales 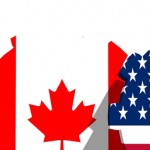