The proliferation of online property rental platforms such as Airbnb, HomeAway and VRBO, have made short-term rentals easy for both travellers and hosts. However, has put residents in big cities at odds with the authorities and hoteliers. Many European and Northern American cities are now introducing laws to regulate the short-term rental market.

Toronto aims to follow the example set by Barcelona, Vancouver and San Francisco. In early December 2017, the city’s authorities approved a set of regulatory measures prohibiting the lease of entire homes for less than 28 days. Owner-occupied properties are also not allowed be rented out for more than 180 days a year.

Similar restrictions exist in many cities around the globe: In Barcelona, Spain short-term rentals are only allowed with a licence from local authorities, but the issuance of this license has been suspended since June 2014. Berlin, Germany has prohibited the lease of entire homes since May 2016. Vancouver will only allow the lease of properties permanently occupied by the owner under a special licence from April 2018. In San Francisco, property owners have been allowed to lease apartments for short terms only if they are permanently residing there. Otherwise, the rental term cannot exceed 90 days per annum.

Today, Airbnb features over four million listings in 191 countries, which, according to Bisnow, exceeds the total room capacity of the five largest international hotel chains. The number of bookings performed via the platform since 2008 exceeds 200 million.

If the short-term rental property market shrinks, the hotel segment will benefit as the demand for hotels and other types of accommodation (e.g. apartment hotel) will likely increase.

A similar market reaction can clearly be seen in Berlin, where, since May 2016, only owner-occupied properties can be leased for short terms. The fall in the number of listings on the online platforms that followed (according to AirDNA, for Airbnb the figure shrank by almost 50%) was only partially offset by a growth in the number of hotel rooms. According to Colliers, the number of hotel rooms in Berlin increased by 1.7% from 2015 to 2016, and the number of nights tourists spent in the city grew by 2.7%. As a result, the hotel occupancy rate increased from 74% in 2015 to 77.1% in 2016.

A chance for investors

Toronto is the most popular Canadian city among tourists. According to Mastercard, between 2012 and 2016, the number of international tourists staying in Toronto for at least one night increased from 3.5 million people to almost 5 million, and, the company expects this figure to have grown by another 6.2% in 2017. The number of tourists from China has grown by 77% over the past five years. In 2017, 321, 000 Chinese nationals visited Toronto.

The demand for hotel accommodation in Ontario outpaced supply for the past few years. According to the preliminary estimates by CBRE, demand grew by 2.5% in 2017, while supply only increased by 0.9%. Analysts estimate the average daily rate (ADR) in Toronto to have risen by 22% to $169 and the revenue per available room (RevPAR) by 30% to $126. This demonstrates that the demand is outpacing supply, even when short-term rentals are not regulated.

The hotel room occupancy rate in Toronto is expected to grow. According to HVS, it already exceeds 85%. This will give hoteliers an opportunity to raise the ADR at a faster rate, given that it is less in Toronto than comparable cities in the United States (New York City: $389; San Francisco: $320 as of Q4 2016, according to Statista).

This would lead to growing tourist accommodation expenses as well as growing revenues and returns for investors in the hotel segment of the commercial property market. Given that investment in Canada’s hotel segment is already growing (according to Colliers, in 2016, the transaction volume increased by 70% to $4.1 billion), this trend will become even more significant if regulatory measures are introduced. Major players are already aware of this. For example, in autumn 2017, Brookfield Asset Management bought the Sheraton Centre Hotel in central Toronto for $335 million, which is the largest single asset transaction in this segment in Canada to date. 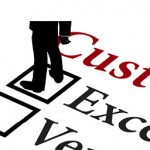 How Are You Showing Up To Your Customers? 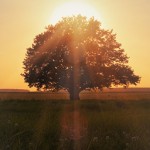