Home | Features | May 12 | How Can You Tell the Good Franchisors from the Bad? 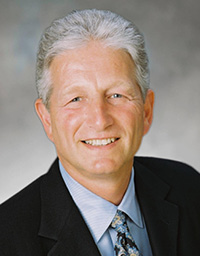 A poorly worded and disorganized franchise agreement means the franchisor has not made the commitment of time and money to learn the basics of franchising and hire a legal advisor who has expertise in franchising.  As promising as the business being franchised may be and as knowledgeable as the franchisor may be in that business, for franchisees to be successful and for the system to flourish, the franchisor must become expert in franchising as well and surround themselves with the right professionals.  It may also indicate that the franchisor is distracted by other business matters, such as the operation of its own corporate stores in the same system.

While defaults by the franchisee and their consequences will and should be dealt with in the franchise agreement, lack of adequate notice to cure the defaults and consequences that are too severe, speak to a franchisor who is too tough minded and/or insecure.  The best franchisors are ones that handle such matters firmly but fairly.

In healthy franchise systems, the resale of franchises by franchisees, to capitalize on success or because of life changes, is seen as a normal part of the growth and functioning of the system.  Provisions in a franchise agreement which make such resales difficult, such as the approval of the franchisor not only being required but also being in the sole discretion of the franchisor, may indicate that the franchisor is overly controlling.

Consistency in a franchise system is important and necessary.  So, one would expect that franchisees would not be permitted to easily deviate from the system standards.  On the other hand, extensive provisions in a franchise agreement, particularly a new system, requiring the franchisee to implement substantial changes to how the business is operated at the whim of the franchisor may be indicative of a franchisor who lacks confidence in what they have created.  One of the most dangerous types of franchisors is the one that is learning about the business along with its franchisees.

Where franchisors have multiple corporations owning or controlling various aspects of the system, there is a concern that the franchisor is too insecure and is putting too much emphasis on protecting its assets from the possible failure of the system.  This occurs when the system trade marks, premises leases, patents, etc. are owned by separate but related corporations.  If the franchisor does not have faith in the system, what does that say about its commitment to the success and welfare of its franchisees?

Once that insight is obtained, then the prospective franchisee has several options.  The most obvious one is to pass on that franchise and look to another one to buy.  To be certain, the most unsatisfactory agreements are usually produced by the most inexperienced franchisors, which is a dangerous category of franchisor from the prospective franchisee’s perspective.  However, these franchisors are the most likely to agree to changes in their agreements.  The right changes to a franchise agreement, no matter what the franchisor’s character, motives and resources are, can go a long way to minimizing the negative consequences for the franchisee down the road.

Edward (Ned) Levitt is a senior partner of Aird & Berlis LLP, Toronto, Canada and chair of its franchise law practice group.  He served as General Counsel to the Canadian Franchise Association from 2000 to 2007 and, as a member of the Ontario Franchise Sector Working Team, was instrumental in the creation of Ontario’s franchise legislation.  Among his many publications is Canadian Franchise Legislation published by Butterworths/LexisNexis.  Mr. Levitt can be reached at 416-865-4628 or
nlevitt@airdberlis.com.