How to Consolidate Tax Losses of a Related Corporation 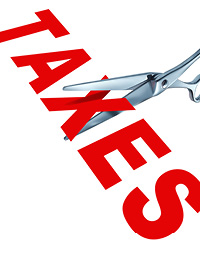 There are generally two types of losses, which are treated differently for Canadian tax purposes. Non-capital losses, which are essentially the tax equivalent of operating losses, are generated from carrying on a business or managing an investment property if tax-deductible expenses exceed taxable revenues for the year.  A taxpayer generally can use non-capital losses realized in a tax year to offset any of the taxpayer’s income or capital gains arising either in the same year, in any of the three previous years or in any of the following 20 years.

Capital losses generally arise when a taxpayer sells or transfers capital property for an amount less than the taxpayer’s cost of the property plus any sale expenses.  Special rules denying or suspending the recognition of a loss may apply where property is transferred between related parties, where the taxpayer or a related person acquires an identical property within 30 days before or after the property is sold, or where specific types of property are sold, such as shares on which the taxpayer has received certain tax-advantaged dividends.  In general, capital losses realized by a taxpayer in a tax year can only be used to reduce or eliminate capital gains of the taxpayer realized either in the same year, in any of the three previous years or in any following year.

In the rest of this article, we will take a look at a few of the more common strategies that allow a profitable Canadian corporation (Profitco) to use losses of a related Canadian corporation (Lossco), and discuss some of the technical issues that must be considered in planning and implementing these strategies.  For the purposes of this discussion, we’ll assume that the two corporations are related either because Profitco owns all of the shares of Lossco (i.e., Profitco is the parent of Lossco) or because Profitco and Lossco are controlled by the same shareholder(s) (i.e., Profitco and Lossco are sister corporations).

A common way to consolidate profits with losses is to wind up Lossco into Profitco or to amalgamate Profitco and Lossco.

A Canadian corporation’s unused losses normally cease to exist when it is wound up.  However, an exception under the Canadian tax rules permits a Canadian parent corporation, which owns 90 per cent or more of the shares of a Canadian subsidiary corporation that is wound up, to use the subsidiary’s capital and non-capital losses against its own income or gains for tax years ending after the subsidiary has been wound up, subject to the normal carryforward time limits.  This exception only allows the parent to use the subsidiary’s losses going forward: Profitco would not be able to carry back Lossco’s losses to any of Profitco’s own tax years ending before Lossco was wound up.

Alternatively, two Canadian corporations may amalgamate on a tax-deferred basis.  As long as Profitco and Lossco are related, the amalgamation does not trigger the application of corporate acquisition of control rules with their associated loss use restrictions. This means that the new corporation formed as a result of the amalgamation (Amalco) would be able to use any remaining capital and non-capital losses of Lossco to offset Amalco’s own income or gains for tax years ending after the amalgamation, subject to the normal carryforward time limits.  However, Amalco would not be able to carry back its own losses to offset past income or gains of Profitco or Lossco for tax years ending before the amalgamation, except in one case.  If Profitco owned all of the shares of Lossco prior to the amalgamation, then Amalco would be able to carry back its own post-amalgamation losses to offset past income of Profitco (but not Lossco), subject to the normal three-year carryback limit.  In this one case, amalgamating Profitco and Lossco would result in the same ability to use losses as winding up Lossco into Profitco.

Transfer of a Business or Assets to/through Lossco

If merging or winding up related corporations is not a suitable option, Profitco could sell a business or income-producing asset to Lossco to enable Lossco to generate income to fully or partially absorb accumulated losses.  Tax-efficient options Lossco may use to pay for the business or asset include issuing its shares to Profitco (to qualify for tax deferral so that Profitco realizes no gain or income on the transfer), or issuing debt to Profitco on an interest-free basis (so that Profitco does not earn any interest income on the loan).

If Profitco wants to sell assets to an unrelated buyer but will end up with taxable capital gains or recaptured depreciation on the sale, the sale could be structured as shown in Example 1.  First, the assets would be transferred to Lossco on a tax-deferred basis in exchange for Lossco shares.  Next, Lossco would sell the assets to the buyer and use its losses to fully or partially offset the gains or recaptured depreciation arising from the sale.  Lossco may then either distribute the sale proceeds to Profitco as a dividend or retain the proceeds to earn further income that can be sheltered with remaining losses.

Other Strategies for Using Tax Losses

A variety of other options may be available to Lossco depending on the circumstances.  For example, Lossco may be able to sell valuable but non-income producing assets to Profitco in exchange for interest-bearing debt.  As long as Profitco acquires the property for the purpose of gaining or producing income and pays a commercially reasonable interest rate on the debt, it should be able to satisfy the relevant tests for deducting the interest expense, while Lossco can offset the interest income with its losses.

In some situations, Lossco may be able to provide services or property to another related corporation for a fee, such as leasing or licensing property it owns or acquires (e.g., a patent or real estate) or providing management services. If the fee paid to Lossco for providing the services or property is reasonable, the related corporation should be able deduct it, and Lossco can shelter the income with its losses.

If Lossco has borrowed money from a bank or other arm’s length lender, it could refinance by having Profitco borrow money to subscribe for Lossco shares, with Lossco then using the subscription funds to repay its bank debt.  As long as Profitco has a reasonable prospect of eventually earning dividends on the Lossco shares so that it satisfies the interest deductibility test, the refinancing would effectively transfer deductible interest expense from Lossco to Profitco.

Other more complex loss consolidation strategies may be appropriate in other circumstances, such as using a circular subscription for shares of Lossco within its corporate group to generate deductible interest expense for Profitco without transferring any property out of Profitco.  Generally, as tax loss planning becomes more complicated, the associated technical and CRA administrative concerns also increase.

Some Tips on Planning and Implementation

To be successful, a loss consolidation plan must meet the relevant technical requirements in the Canadian tax rules.  It is also prudent to be mindful of the CRA’s administrative policies and requirements, which can be gleaned from numerous rulings and published statements that have considered these plans; failing to heed the CRA’s administrative concerns could lead to uncertainty about the tax results of the plan and a costly and protracted tax dispute with the CRA.

As mentioned above, some of the technical requirements that must be met in designing and implementing a tax loss plan include ensuring that the interest rate on any loan by Lossco to Profitco or any fee paid to Lossco for services or property is commercially reasonable in the circumstances, as well as making sure that the loan to Profitco satisfies the income earning purpose test under the interest deductibility rules.  Other typical concerns include whether the tax loss plan may end up shifting losses from a foreign corporation to a Canadian corporation, as the CRA will generally challenge any plan that reduces the Canadian tax base by importing foreign losses into Canada.  Shifting the amount of provincial tax liability from one province to another by adjusting the income or losses between Profitco and Lossco may also be a concern.  Provincial tax authorities are generally loathe to lose tax revenues to other provinces, and the CRA has indicated that while a plan that “incidentally” shifts income or losses between provinces may not raise concerns, a plan that is designed to “deliberately” shift such income or losses between provinces would.

While this list of issues is by no means complete, it does give a sense of some of the potential pitfalls that must be avoided to implement a tax loss plan successfully.  Often, it is not easy to determine all of the relevant issues or concerns, as a specific situation can raise unique or unusual issues, and the CRA’s policies and requirements also change over time. As a result, Canadian corporations thinking about tax loss planning would benefit from the expertise of tax counsel who can guide them through the technical and CRA requirements and, where necessary, work with the CRA to obtain an advance income tax ruling on the proposed tax loss plan to provide certainty as to the outcome.

Steve Suarez is a partner in the Toronto office Tax Group of Borden Ladner Gervais LLP, and the site author and operator of www.miningtaxcanada.com.