CBJ — Despite previous assertions otherwise, China’s Huawei Technologies now admits that the ban by the U.S. is taking a big hit on its bottom line — perhaps to the tune of 30 billion.

The financial implication was admitted by the company’s founder and CEO Ren Zhengfei.

Ren’s downbeat assessment comes as a surprise after weeks of defiant bravado comments from company executives who maintained Huawei was technologically self-sufficient and was not overly concerned by the stance taken by the United States. It turns out, that isn’t true.

The United States has put Huawei on an export blacklist citing national security issues, barring U.S. suppliers from selling to the world’s largest telecommunications equipment maker and No.2 maker of smartphones, without special approval.

The firm has denied its products pose a security threat. 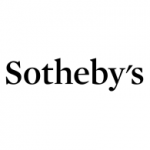