Since The Canadian Business Journal first featured the company in February 2013 and again in September 2014, the property loss and damage restoration company has opened a new office in Markham to service north Toronto and the cottage country. After only five years in business, the fast-growing company now has four locations in the Toronto area and Golden Horseshoe region.

“We have expanded our client base considerably to include higher end insurers, which are recognizing the need for a higher end contractor,” says co-founder Steve Hudson.

A higher level of service

“When I worked for a major insurer, I discovered there was a big void for that type of client that was more demanding and expected a higher level of service, given the fact that they owned a multimillion dollar home, a couple of cottages, boats or multiple vehicles. The insurer typically has preferred contractor lists that includes contractors that appeal more to the masses than for individual high end clients,” Hudson tells us.

High end insurance claims require a greater level of protection of the contents within the residence, which can include very expensive artwork or furniture. Hudson Restoration specializes in these cases, which many other contractors would actually prefer to avoid due to the liability and the high service levels required. However, Hudson Restoration understands the need for the protection of those items, and goes to great lengths to cover and protect these valuable items above and beyond the capabilities of a standard insurance contractor.

“We’re doing much larger claims than some of our competitors because we are servicing that level of client. When somebody in a five million dollar home has a problem, it tends to be a lot more expensive because of the level of finishes. It just requires a much more concentrated effort on everybody’s part,” Hudson says.

Helping the customer to get back on track

Hudson Restoration has what it takes to help their high end commercial or residential clients recover their facilities while taking into account any special circumstances that require extra attention to detail. For instance, a recent insurance claim involved a client with paintings worth millions of dollars in her home, which required special care during the restoration.

“It was a very expensive home on Forest Hill Road in Toronto, which is a very well-known area. The insured had over $2 million worth of paintings in her home. She didn’t want them to leave her home because the areas where the paintings were kept were climate controlled. We had to build containment to cover and protect the paintings while we did the restoration in her home. Just the level of protection that was required for that claim was very expensive, but needed,” Hudson recalls.

In order to further improve their service, Hudson Restoration is also currently developing an after hour’s program specifically for insurance brokers. This will allow the insured to have access to Hudson Restoration’s high quality services even when emergencies strike during inconvenient times. The company is dedicated to being there for the insured in their time of need.

“Don’t forget, nobody’s invited us into their home. We’re there because there’s a problem, and we’re trying to solve that problem,” Hudson clarifies. “We’re starting from a negative, because we’re dealing with an insurance loss. From there, we’re trying to not only rebuild their home at least equal to what it was before — usually it’s a little better — but we’re trying to be the least disruptive possible through our process so they can try and maintain some semblance of sanity while this is going on because often it just turns their life upside down. They need somebody that’s going to come in, take charge and help them get back on track.”

Hudson knows that restoration can be a stressful experience for the insured, especially when there is a lack of communication between the insured and the contractor. Each case is unique, and the company makes sure that the insured always remains informed about what the contractor plans to do and when they plan to do it. In this way, they maintain strong relationships with their clientele, who appreciate their transparency.

“We have daily to weekly site reports to the client to let them know what’s coming up and what to expect. We call it a ‘critical path,’ and we give these out to all the insured to let them know what our timeline is for the repairs and what we expect to happen at certain stages. If we deviate from that at all, that is communicated as early as possible,” Hudson remarks.

To facilitate matters for the insured, Hudson Restoration also assigns a dedicated project manager for each project, who functions as the go-to person for that claim to streamline the communication through one channel.

“The more we can communicate to the homeowner, the less stressful it is for them,” Hudson states.

This corporate culture of open communication is not only evident in Hudson Restoration’s dealings with the insured, but also within the company itself.

“We have weekly team production meetings wherein we discuss all the claims we have going on, just so that everybody can remain aware of everything that is happening and ways that we can be proactive instead of reactive. That’s our mantra, and the more we stay on top of communication and attention to detail, the more proactive we can be,” Hudson reasons.

In addition, Hudson employs website technology that allows anyone, owner, adjuster, management and employee, to address any concern directly to the president in real time, anonymously or by name.

By exceeding their competition’s commitment to customer service, Hudson Restoration has earned its place as a highly regarded insurance contractor servicing a market niche.

“We have a lot of satisfied customers, and it’s because we’re paying attention to communication, to detail, to supervision. We make sure we’re delivering what we promise,” says Hudson. 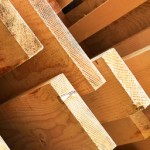 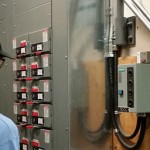