In a statement released to the media Husky says the proposed merger would “create a stronger Canadian energy company” with an ability to produce more than 400,000 barrels of oil equivalent per day.

The proposal has been unanimously approved by Husky’s board of directors, and will be open for acceptance by MEG shareholders until Jan. 16.

Husky says MEG’s board refuses to discuss the deal, which led to the takeover bid.

Nonetheless, Husky is optimistically projecting a deal will be finalized and approved in the first quarter of next year. 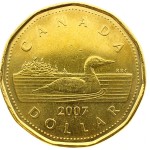