CBJ — Husky Energy has made the decision to walk away from its attempt for a hostile takeover bid for MEG Energy when it became apparent there was not enough shareholder support to continue with the endeavour.

Additionally, Husky may have had second thoughts due to production cuts for the oil industry mandated by the Alberta government and a lack of progress on Canadian oil export pipeline developments.

Husky launched its stock-and-cash offer in September, but MEG rejected the bid as too low. 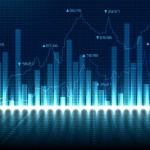