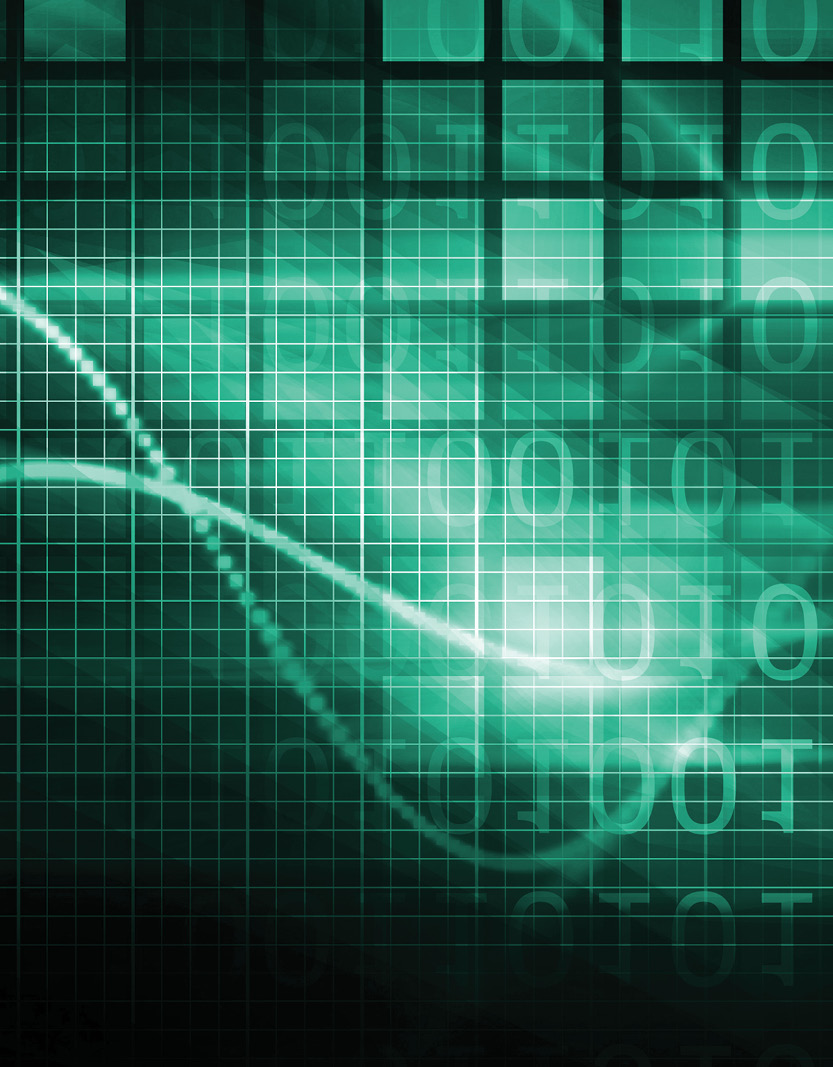 With almost 400,000 employees worldwide, International Business Machines Corporation, or IBM as it’s better known, has been a leader in technology for decades.  Started in the United States in 1911, the company has morphed through several landmark transformations to where it stands today. IBM is also the second-largest employer in North America and ranks fourth in market capitalization.

As of the early 1990s it was said more inventions had been discovered in the last 100 years than the previous 10,000 years combined.  That curve has sped up even more since that point and the whirlwind is only going to get faster from here on.
It’s no secret that for companies to survive nowadays they must be two, three or even four steps ahead of where we’re at today in order to plan for tomorrow.

Those that get it right continue on; those that don’t get thrown into the same bin as the dinosaurs, or perhaps we should say the TRS80, in keeping with the tech theme.

Now in his second run as president of IBM Canada, Quebec native Dan Fortin spoke about technological business innovation during an event sponsored by the Toronto Region Board of Trade.  He first held the president’s position from 2005 until 2010 and has also served as general manager for the global distribution sector taking on the responsibility of customer satisfaction and worldwide revenue for clients in retail and consumer products and the travel and transportation industries. He joined the company in 1978 and has also held several marketing and management positions overseeing divisions in Canada, the United States and Latin America after receiving a Bachelor of Civil Engineering degree from Ottawa’s Carleton University.

With his unique global experience, Fortin is known for his ability to detect successful technology ventures that are helping to shape our society.  Revolutionary changes have intensified with the advent of social media platforms, especially during the past five years. Fortin says the conversations we’re having as businesses now is much different than those of the not too distant past.

“In the past we talked about advances that were actual technology advances,” Fortin begins.  “Quite often things went around faster, calculated faster, there were new advancements and things were smaller. The reality of where we are is how society is consuming technology and from that perspective how we as enterprises and businesses and institutions are aligning with how society wants to deal with us and how society wants to be served.”

Despite being a worldwide leader in patents, IBM is looking much beyond the basics of inventions. Fortin says it’s about how enterprise and society weave things together.

“Those who do it better than others are going to be leaders, enterprises will advance and we’re going to win with that combination,” he says.

The Value of Social Media

At the top of the list is social media according to Fortin, who says the statistics are staggering. As example, just several months ago Facebook announced it had about 1.1 billion active users. Twitter continues to gain steam with an estimated 670 tweets per second in the country, which comes out to about 58 million per day. More than 40 per cent of the Canadian workforce is on LinkedIn today.

“I’d love to think that every one of my employees are searching to find new employees that might come to us,” Fortin smiles. “But I worry about the reverse.”

Every minute there is 72 hours of video posted to YouTube. Over the course of an average lunch another 2,000 hours is uploaded.

“We know that social media is here to stay,” Fortin states. “All of us interact with our families, our children, our business colleagues using these vehicles.”

The real question is what are we doing about it from a business enterprise perspective?

“We recently published a paper on the subject of becoming a social business,” Fortin reveals. “What we found was that the early adopters are showing tremendous gains already in just the space of social business.”

“We’re seeing customer service organizations significantly reduce their defection rates from existing clients,” Fortin says. “I wonder if there’s anybody who would not want to see a five to 10 per cent reduction rate in client defections.”

Changes within business and product development are also evident to Fortin where cutting two thirds from product development cycles is fast becoming the accepted norm and using crowd sourcing. Human resources are now onboarding people days and weeks faster than they could have ever imagined using these tools.

“Marketing departments are seeing over 100 per cent increases in connection and leverage for the same dollar,” Fortin notes.  “In our company, over 50 per cent of our people have been with us for less than five years. They now demand that we have internal and external tools in order for them to go forward.

Otherwise they don’t join us or they don’t stay with us and our clients expect the exact same thing.”

Social media is changing the way we think and by extension how we do business. According to CEO studies conducted by IBM, the majority of executives recognize that social business will become the primary way of communicating with clients.

“More than 80 per cent of CEOs believe that in the next number of years that they will have more client interactions through social media – social business – than they do face to face,” Fortin reveals.

The obvious phenomena about this ever changing technology is how it reduces distance and communication time between leaders, meaning decisions must be made much more quickly. Those who can handle the increased pressure will be leaders; the others will be followers according to Fortin.

An adjacent technology to social media is mobile communications. It’s easy to come to the conclusion that the immense rise in the popularity of mobile devices is directly linked to the social media craze. They go hand in hand. By the end of 2011 there were more than 1.1 billion mobile users in the world or about 17 per cent of the earth’s population.

Estimates are that by 2020 more than 10 billion mobile devices will be in people’s pockets.

“We know about the opportunity for business,” Fortin adds. “In the next two years the estimates say $130 billion will be transacted over mobile, but it’s just the start. What we’re seeing is that mobile is becoming the preferred platform.”

That statement from Fortin is easy to verify given the move by an increasing number of enterprises who want to see applications developed for mobile first.

Some are being ported over to laptops or other communications devices.

“This is where we are headed, with a doubt,” Fortin states emphatically. “We need to recognize that mobility is not just our phones. We are talking about billions of devices that are instrumented. Everything from your refrigerator, car, highways, waterways, everything is instrumental and all of those things become mobile devices through to a network.”

Another key enabler regarding the advancement of technology and efficiencies within enterprises is cloud computing. Many companies have already begun the process of virtualizing their server networks, becoming more efficient and reducing costs.

“It’s estimated here in Canada the cloud opportunity is currently worth about $7 billion and will be at about $14 billion by 2016,” Fortin says. “We know from statistics that about one third of all IT budgets are being dedicated to cloud computing.” Server-related problems that once took days to resolve are now routinely fixed in a matter of an hour or less.

Fortin does caution businesses that simply saying you are moving into cloud computing won’t result in success unless you have total dedication to the necessary technical research and understanding of what it is you are trying to achieve.

“Without a very sound cloud strategy you will not be able to be a leader in discussions on such things as mobility and social media,” Fortin warns. “You will not have the flexibility or the reach and scalability. When we talk about cloud being a reality of our computing model it is not just our old way of thinking. It becomes a reality of what we can actually deliver and leverage.”

While Fortin bristles at how some organizations don’t grasp the true meaning of Big Data, he also believes it will be our next great natural resource.

“It has tremendous value and will change enterprises going forward,” he says.
Back at the turn of the 20th century it was a tabulating systems era. Nothing really complicated, just keeping track of things. You’d put information on a punch card and away you went. That methodology took us all the way through the 1970s. Then by the 1980s we started to move into the programmable systems era, which essentially allowed programmers to apply logic to data.

“That era changed society,” Fortin says outright. “The reality is that we’ve entered a third computing era and it’s one of cognitive computing.”

Now we not only have the ability to process information at lightning speed we also have huge storage capabilities.

“The real focus and where we’re headed and why Big Data becomes important is we have cognitive computing, which means our systems learn,” Fortin continues.

Often when discussing Big Data, techies will bring up the five Vs. The first is volume.

Then there’s velocity. Most of us grew up where velocity on data really wasn’t much of a big deal. You’d collect information from clients and then hold it, perhaps in a warehouse. Some would be valid information; the rest might need further testing, etc. etc. Today, much more is expected.

“Take for instance, fraud,” Fortin says. “If the financial services industry is processing 870 million transactions every day with payment cards what good is data that you analyze at the end of every month? What good is your fraud detection unless it is absolute real time?”

The third V is variety data. Back in the old punch card days if you got one hole wrong you threw it out and started over again. Even in the programmable days there were rules for data but not anymore.

“Now most of our data is unstructured; about 80 per cent of it,” Fortin estimates. “The real good stuff is coming to you in texts, documents, images and videos and you’ve got to make sense of it all. Our analytics systems have the ability to comb through it all and look at the variety of data and match it up properly.”

The next V is voracity, which gauges your confidence in the data you have both coming in to you and going out from you, especially with all the phishing and hacking schemes just waiting to wreak havoc on unsuspecting Internet users.

The last V is vulnerability, which speaks to the protection and security of your business data. This is critical for companies that extract highly sensitive data on a daily basis.

As we move forward in our business society, it’s not going to be primarily about things that spin around or calculate faster but rather the tremendous capability of unique technologies blending together in what is a new computing era.