Southern Glazer’s will distribute Iceberg Vodka in nine provinces and three territories in Canada (excluding Newfoundland). The agreement was effective June 1, 2018, with the exception of Quebec, which launches October 1, 2018.

“We are delighted to be joining Southern Glazers Wines & Spirits of Canada portfolio of brands, which is a perfect fit for Iceberg Vodka,” said David Meyers, President and CEO of Iceberg Vodka. “Together, we are excited about the opportunity to continue to drive and expand the distribution and sales of Iceberg, Canada’s Vodka, with Southern Glazer’s extensive customer base.”

“When a supplier like Iceberg Vodka chooses to work with Southern Glazer’s, it reinforces the value that we bring to the Canadian marketplace,” added Doug Wieland, Executive Vice President and General Manager of Canada, for Southern Glazer’s. “We look forward to leveraging our selling expertise and deep data insights to introduce this quality vodka brand to more of our retail and on-premise customers throughout Canada.”

Iceberg Vodka was conceived in 1994, on the vision of turning a limitless supply of iceberg water into a true Canadian business. We use a neutral spirit that is made from peaches and cream sweet corn, making our product naturally gluten free. The spirit is triple distilled and then blended with iceberg water, and charcoal filtered. This combination produces one of the smoothest tasting vodkas, making Iceberg Vodka the “world’s purest vodka™.”

Southern Glazer’s Wine & Spirits is North America’s largest wine and spirits distributor, and the preeminent data insights company for alcoholic beverages. The Company has operations in 44 U.S. states and the District of Columbia, Canada, and the Caribbean, and employs more than 20,000 team members. Southern Glazer’s urges all retail customers and adult consumers to market, sell, serve, and enjoy its products responsibly. For more information visit www.southernglazers.com. Follow us on Twitter and Instagram @sgwinespirits and on Facebook at Facebook.com/SouthernGlazers.

Iceberg Vodka is Canada’s Vodka. We’re the only people crazy enough to sail far off the coast of Newfoundland to harvest actual icebergs. We brave the North Atlantic to bring back the world’s purest water to make the world’s purest vodka™, plain and simple. Canadian Iceberg Vodka Corporation is a private, Canadian business. Iceberg is the only national vodka brand that is 100 percent Canadian owned and operated. For more information, visit https://www.iceberg.ca. 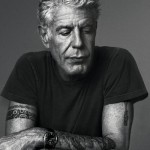