TORONTO, ON–(Marketwired – April 11, 2017) – According to a final report formally released today by the Institute for Catastrophic Loss Reduction, homes that survived in Fort McMurray in otherwise decimated neighbourhoods were those more resistant to ignition by embers. This was largely due to actions and decisions taken by homeowners who had adopted FireSmart® mitigation measures to a greater degree than the owners of adjacent homes who did not take such actions. In ‘Why some homes survived: Learning from the Fort McMurray wildland/urban interface disaster’, researcher/author Alan Westhaver sought to answer the question: ‘Why did some homes survive this wildland/urban interface fire with little or no damage, while others were vulnerable to ignition and destroyed?’

The May 2016 Fort McMurray wildland/urban interface fire disaster provided an unprecedented opportunity to learn firsthand about the survival and ignition of homes located in the interface, where communities and built assets abut forested lands.

After evaluating the fire environment and clearances between homes and the forest edge, Westhaver discounted direct contact from flames or radiant heat of the forest fire as being significant sources of home ignition at Fort McMurray. Instead, he concluded that wind-driven embers were the most probable cause for the majority of early home ignitions in those areas where the fire made its transition from forest into urban neighbourhoods.

Overall, observations made during this investigation confirm that the Fort McMurray disaster followed a well-recognized pattern known as the ‘wildland/urban interface disaster sequence’. This progression can only be broken, and disaster avoided, by substantially increasing the proportion of homes that are resistant to ignition — especially by embers.

“Home survival in these circumstances is not random, nor is it a function of luck,” says Westhaver. “Whether a home is destroyed by an interface wildfire or not greatly depends on conditions immediately around the structure, the area for which homeowners are responsible.”

“This research is not about placing blame,” says Westhaver. “It is about better understanding the sequence of events that lead to wildland/urban interface fire losses and communicating findings to important stakeholders — like homeowners and other private property owners — to prevent repeats of such disasters in the same, and other communities in the Canadian interface.”

Westhaver’s findings closely align with those from similar case studies and research conducted elsewhere, particularly in the United States and Australia.

The final report containing these and other conclusions and results can be downloaded for free in PDF format at www.iclr.org

Established in 1998 by Canada’s property and casualty insurers, ICLR is an independent, not-for-profit research institute based in Toronto and at Western University in London, Canada. ICLR is a centre of excellence for disaster loss prevention research and education. ICLR’s research staff is internationally recognized for pioneering work in a number of fields including wind and seismic engineering, atmospheric sciences, water resources engineering and economics. Multi-disciplined research is a foundation for ICLR’s work to build communities more resilient to disasters. 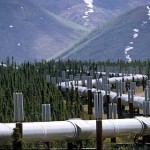 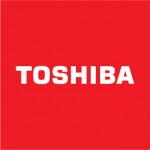