NOT FOR DISTRIBUTION TO UNITED STATES NEWS WIRE SERVICES OR
FOR DISSEMINATION IN THE UNITED STATESVANCOUVER, British Columbia, Oct. 29, 2019 (GLOBE NEWSWIRE) — Canadian Imperial Venture Corp. (TSXV:CQV.H) (the “Company”) is pleased to announce that Ikänik International, Inc., a wholly owned subsidiary of Ikänik Farms, Inc. (“Ikänik”), has signed a 6-month cooperative agreement with SGS Colombia SAS (“SGS”) to design, initiate, develop and implement a normative document for the international certification of medicinal cannabis, which is currently in the development stage. This document is intended to establish a new standard for the quality and safety of pharmaceutical grade cannabis products (GMP-C).“Ikänik aims to be the first multinational cannabis operator in the world to have a large-scale GMP-C certified cannabis production complex,” said Brian Baca, CEO of Ikänik Farms, Inc. “We look forward to working alongside SGS Colombia SAS to develop what we believe could become the world’s preeminent benchmark for medicinal cannabis production.”GMP-C RequirementsWhereas traditional pharmaceutical GMP standards require a single transformation laboratory to be GMP certified, the GMP-C model as set forth by SGS requires cannabis companies to obtain GMP certification for each stage in the cannabis production process (i.e. cultivation, extraction, manufacturing) through having all processes standardized. By applying the GMP standard across numerous cannabis production and manufacturing processes, GMP-C has the potential to reduce the risk of cross-contamination while ensuring that cannabis materials comply with the industry’s highest aseptic and disinfection standards.GMP-C Certification ProcessThe first step for Ikänik, with the assistance of SGS, will be to finish the regulatory document that will determine the conditions for medical cannabis production. Over the following 15 days, meetings with SGS and Ikänik representatives will be held to determine the work plan and to define the requirements that must be fulfilled to achieve GMP-C certification. Following completion of the regulatory document, SGS, in collaboration with Ikänik, will have the technical, scientific and standardized processes necessary to support international (Europe and North America) medical cannabis production standards for GMP-C. Once the standard is assessed and reviewed by specialized committees from SGS, the GMP-C certification will be established. SGS will then publish a final standardization report.Ikänik aims to have the GMP-C certification model complete in Q1 2020.About SGS Colombia SASSGS Colombia SAS is a subsidiary of SGS SA, the world’s leading inspection, verification, testing and certification company. SGS is recognized as the global benchmark for quality and integrity. With more than 97,000 employees, SGS operates a network of over 2,600 offices and laboratories around the world.About Ikänik FarmsIkänik Farms is creating a dynamic portfolio of award-winning cannabis lifestyle brands, deep rooted in action sports and entertainment and unified with passion. Ikänik’s leadership brings decades of expertise in R&D, cultivation, retail, branding, and corporate finance with the ambition to build the nation’s most iconic vertically integrated “seed-to-sale”, “MNO” Multi-National Operator. Ikänik’s operations are currently located in California and Colombia.The Company previously announced that it had entered into a business combination agreement with Ikänik whereby the Company has agreed to acquire all of the issued and outstanding securities of Ikänik and the business of Ikänik by way of a three-cornered amalgamation (the “Transaction”). The Transaction will result in a reverse takeover of the Company by the security holders of Ikänik.On behalf of the Board of Directors of Canadian Imperial Venture Corp.“Jacqueline M. Tucker”Jacqueline M. Tucker, Chief Executive Officer Phone: (403) 999-1393For further information on Ikänik Farms, please contact:Completion of the Transaction is subject to a number of conditions, including but not limited to, the requisite shareholder approvals, the acceptance by the TSX Venture Exchange of the voluntary delisting of the common shares of the Company, and the acceptance by the Canadian Securities Exchange of the listing of the resulting issuer’s subordinate voting shares. There can be no assurance that the Transaction will be completed as proposed or at all.Investors are cautioned that, except as disclosed in the management information circular or listing statement to be prepared in connection with the Transaction, any information released or received with respect to the Transaction may not be accurate or complete and should not be relied upon. Trading in the securities of the Company should be considered highly speculative.The TSX Venture Exchange has in no way passed on the merits of the proposed Transaction and has neither approved nor disapproved the contents of this news release.
CBJ Newsmakers 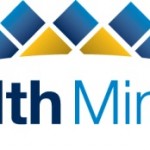