NOT FOR DISTRIBUTION TO UNITED STATES NEWS WIRE SERVICES OR FOR DISSEMINATION IN THE UNITED STATESVANCOUVER, British Columbia, Nov. 09, 2020 (GLOBE NEWSWIRE) — Canadian Imperial Venture Corp. (TSXV:CQV.H) (the “Company”) announces that Ikänik Farms, Inc.’s (“Ikänik” or “Ikänik Farms”) wholly owned, CBD-focused subsidiary, Ikänik Life, has expanded its action sports family with the signing of surfing icon Rob Machado.Rob is not just one of the world’s greatest surfers, he’s also one of the sport’s most recognizable characters – a living icon who continues to expand the definition and essence of the sport with style, grace, and a zen-like flow on both land and in the water.As a professional competitor, Machado was consistently seeded at the top of the rankings on the ASP World Tour. With 12 career WCT victories, Machado was ranked among the top ten surfers for eleven straight years and was inducted into the Surfer’s Hall of Fame in 2000 and re-inducted in 2006 and was SIMA Waterman of the Year in 2011. “I have always had a holistic approach when it comes to my health and I am stoked to work with Ikänik on their CBD initiative,” says Machado. “To be able to offer people an additional option for bettering their lives is very important to me.”Rob stays very active in his native Southern California through the Rob Machado Foundation (RMF) which he launched in 2004 and is operating today. RMF provides clean drinking water stations and water bottles to thousands of kids across California and Hawaii, while also supporting local gardening programs and has hosted dozens of beach cleanups.“We are excited to welcome Rob to the Ikänik family. He is an amazing ambassador, surfer, but most importantly, a great human being who wants to make a positive impact with a global reach,” said Brian Baca, CEO of Ikänik Farms.Ikänik Farms is creating a dynamic portfolio of cannabis brands aimed to support global pharmaceutical demand, rooted in health and wellness, action sports and unified with passion. The company’s leadership brings decades of expertise in R&D, cultivation, retail, branding, and corporate finance with the ambition to build the world’s most iconic, vertically integrated “seed-to-sale”, “MNO” Multi-National Operator. Ikänik Farms’ currently has operations located in California and Colombia, through its pharma division Pideka, which holds both GMP-PHARMA and (GACP) Good Agricultural and Collection Practice certifications for the Casa Flores operating facility.The Company previously announced that it had entered into a business combination agreement with Ikänik Farms whereby the Company has agreed to acquire all of the issued and outstanding securities of Ikänik Farms and the business of Ikänik Farms by way of a three-cornered amalgamation (the “Transaction”). The Transaction will result in a reverse takeover of the Company by the security holders of Ikänik Farms.None of the securities issued in connection with the Transaction will be registered under the United States Securities Act of 1933, as amended (the “1933 Act”), and none of them may be offered or sold in the United States absent registration or an applicable exemption from the registration requirements of the 1933 Act. This press release shall not constitute an offer to sell or a solicitation of an offer to buy nor shall there be any sale of the securities in any state where such offer, solicitation, or sale would be unlawful.On behalf of the Board of Directors of Canadian Imperial Venture Corp.“Jacqueline M. Tucker”Jacqueline M. Tucker, Chief Executive Officer Phone: (403) 999-1393For further information on Ikänik Farms, please contact:Completion of the Transaction is subject to a number of conditions, including but not limited to, the requisite shareholder approvals, the acceptance by the TSX Venture Exchange of the voluntary delisting of the common shares of the Company, and the acceptance by the Canadian Securities Exchange of the listing of the resulting issuer’s subordinate voting shares. There can be no assurance that the Transaction will be completed as proposed or at all.Investors are cautioned that, except as disclosed in the management information circular or listing statement to be prepared in connection with the Transaction, any information released or received with respect to the Transaction may not be accurate or complete and should not be relied upon. Trading in the securities of the Company should be considered highly speculative.The TSX Venture Exchange has in no way passed on the merits of the proposed Transaction and has neither approved nor disapproved the contents of this news release.Forward Looking Statements
This news release includes “forward-looking information” and “forward-looking statements” within the meaning of Canadian securities laws and United States securities laws (together, “forward-looking information). All information, other than statements of historical facts, included in this news release that address activities, events or developments that the Company expects or anticipates will or may occur in the future is forward-looking information. When used in this news release, words such as “will”, “could”, “plan”, “estimate”, “expect”, “intend”, “may”, “potential”, “believe”, “should”, and similar expressions, are forward-looking information. Although the Company has attempted to identify important factors that could cause actual results, performance or achievements to differ materially from those contained in the forward-looking information, there can be other factors that cause results, performance or achievements not to be as anticipated, estimated or intended. There can be no assurance that such information will prove to be accurate or that management’s expectations or estimates of future developments, circumstances or results will materialize. As a result of these risks and uncertainties, the results or events predicted in the forward-looking information may differ materially from actual results or events. Accordingly, readers should not place undue reliance on forward-looking information. The forward-looking information in this news release is made as of the date of this release. The Company disclaims any intention or obligation to update or revise such information, except as required by applicable law, and the Company does not assume any liability for disclosure relating to any other company mentioned herein.Neither the TSX Venture Exchange nor its Regulation Services Provider (as that term is defined in the policies of the TSX Venture Exchange) accepts responsibility for the adequacy or accuracy of this release. 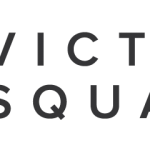 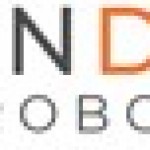