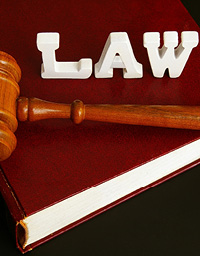 The obligation of good faith and fair dealing stems from the imbalance of power, given the employer’s strength in bargaining power relative to the employee’s vulnerable position in negotiating the contract of employment on hiring, throughout the employment relationship and at the time of termination. The Canadian courts, including the Supreme Court of Canada, have held that given this imbalance of power, employers have an obligation of good faith and fair dealing at all times and in particular, at the time of an employee’s dismissal.

Consequently, when an employer is dismissing an employee, with or without cause, it must act in “good faith” during the termination, otherwise, the employer could be faced with an award of aggravated damages and perhaps even an award of punitive damages in a wrongful dismissal action brought by the terminated employee.
The leading decision establishing the employer’s obligation of good faith during the dismissal of an employee is Wallace v. United Grain Growers Limited:

The obligation of good faith and fair dealing is incapable of precise definition. However, at a minimum, I believe that in the course of dismissal employers ought to be candid, reasonable, honest and forthright with their employees and should refrain from engaging in conduct  that is unfair or is in bad faith by being, for example, untruthful, misleading or unduly insensitive. (1)

In the Wallace decision the court extended the notice period to compensate the employee for the employer’s breach of its obligation of good faith. (2) In this decision the court held that the employee is not entitled to damages for the dismissal alone. The employee must establish that the employer acted in bad faith at the time of dismissal and as a result of that bad faith, the employee suffered injuries such as “humiliation, embarrassment and damage to one’s self-worth and self-esteem,”(3) at which time the employee might then be entitled to compensation. Accordingly, in Wallace, the breach of the obligation of good faith was not enough to automatically entitle an employee to damages and the employee must provide further evidence that such breach caused injury, which may be compensable. The Wallace decision further held that an employee cannot sue in either tort or contract for a bad faith discharge, as such an action has not yet been recognized by the Canadian courts.

The seminal case following Wallace, which set out how bad faith damages are determined in the employment law wrongful dismissal context, is the 2008 Supreme Court of Canada decision, Honda Canada Inc. v. Keays.(4) In this decision, the court highlighted the distinction between aggravated damages and punitive damages. The court held that aggravated damages are compensatory and must be supported by evidence that the employer could reasonably foresee that breach of its obligation of good faith at the time of dismissal could cause mental distress or psychological injury to the employee. Accordingly, an award of aggravated damages reflects the actual damages sustained by the employee and are intended to compensate the dismissed employee for such damages.

In contrast, a punitive damage award is non-compensatory and rather it is intended to punish the employer and act as a deterrent to the employer from future wrongful conduct. The court in Keays further held that punitive damages are awarded only in exceptional cases where there is an independent actionable wrong; and the employer’s conduct is “harsh, vindictive, reprehensible and malicious.”(5)

The Keays decision set a high threshold for determining when punitive damages ought to be awarded in the wrongful dismissal context. Since Keays, employees suing in wrongful dismissal cases have, as a rule, only been awarded aggravated damages where they have medical evidence proving mental distress or psychological injury as a result of the employer’s breach of its obligation of good faith at the time of dismissal.

In the insurance context, the Supreme Court of Canada similarly highlighted the imbalance of power issue in the application of a first party insurance contract (the contract between the insured and its own insurer). In the 2002 decision, Whiten v. Pilot Insurance Company, the Supreme Court of Canada upheld a $1 million dollar punitive damage award against Pilot Insurance Company for the breach of its implied duty to act in good faith under the contract with its own insured. In this case the home insurer had denied its insured’s fire claim and accused her of arson and thus, insurance fraud. The court found that the insurer’s accusation of arson was without merit and was merely a “highhanded” tactic to force its own insured to accept an offer to settle the claim from the insurer, which was much less than the insured was entitled to. The court held that this constituted bad faith on the part of the insurer and, therefore, punitive damages could flow directly as a result of the breach of the implied duty of good faith under the contract. (6)

Employment Law Context shifts in the direction of the Insurance Context

The recent 2011 Brito v. Canac Kitchens decision reflects an indication that the courts are moving in the direction of the insurance context and lowering the threshold in awarding punitive damages for the employer’s breach of its obligation of good faith at the time of dismissal, without the need for a separate actionable tort.(7) In the Brito case the trial judge at the Superior Court awarded $15,000.00 in “ancillary damages” for the employer’s “hardball approach” which the Judge described as “cavalier, harsh, malicious, reckless, outrageous and high-handed.”(8)

The punitive damage award in the Brito case for the employer’s “hard line approach” appears to have lowered the threshold in the employment law wrongful dismissal context for claiming punitive damages flowing directly from the breach of an implied duty of good faith under the contract, without the need for an independent actionable tort.

To avoid potential bad faith claims, employers must ensure that the handling of an employee dismissal is done in a reasonable, fair and professional manner and, accordingly, in “good faith”. Policies and procedures must be developed, implemented and followed to ensure compliance with the obligation to act in good faith at the time the employee’s contract is terminated.

The content of this article is intended to provide general information to the reader. It is not intended as advice or an opinion to be relied upon in relation to any particular circumstance. For specific applications of the law to a particular set of circumstances, the reader should seek professional advice.