Kevin Williams is one of the most respected thought leaders in the out-of-home entertainment industry with a keen focus on Location-based VR. Williams is the Co-Founder & Technology Director at Spider Entertainment, which is a global leader in the out-of-home entertainment industry involved in the creation, development and support of entertainment destinations in the retail, resort, theme park, visitor attraction and leisure industries. Williams is also a member of an exclusive and elite Walt Disney alumni following his years as an esteemed Walt Disney Imagineer. Imagineers are the creative engine that designs and builds all Disney theme parks, resorts, attractions, and cruise attractions worldwide as well as overseeing the creative aspects of Disney games, merchandise product development, and publishing businesses.

With over 25 years of experience in the international immersive, entertainment, amusement and attractions industry Williams will provide expert guidance to the Immersive Tech team in tailoring its flagship location-based VR attraction UNCONTAINED to be an innovative force to be reckoned with.

Cathy Hackl is one of LinkedIn’s top technology voices, and was dubbed the “CEO’s Guide to the Metaverse.” BigThink named Cathy one of the top 10 most influential women in tech in 2020 and she was included in the 2021 prestigious Thinkers50 Radar list of the 30 management thinkers most likely to shape the future of how organizations are managed and led.

Hackl has become a trailblazer throughout the technology space. In addition to her outstanding accomplishments across the tech landscape, Hackl has also worked in senior roles for major tech brands and corporations such as HTC VIVE, Magic Leap and Amazon Web Services (AWS). She is also the founder and head of the Futures Intelligence Group, an emerging technology consulting firm that helps brands through strategic foresight and next-gen actionable strategies.

“The Immersive Tech team is getting us closer to the metaverse in a very tangible way,” said Hackl. “Soon we’ll be able to feel and experience new worlds and our entertainment and training will be uncontained. I’m looking forward to advising the Immersive Tech team during the launch of their exciting new location based entertainment offering and helping them implement their metaverse strategy, including the use of non-fungible tokens.”

Lance Priebe has made extraordinary waves with his business ventures including the creation of one of the largest online game platforms, “Club Penguin”. Priebe has founded a number of world class game studios including Hyper Hippo Entertainment with the massively popular mobile game “AdVenture Capitalist”, Evolved Reality VR Studio and OOMM Board Games launched to design and produce entertaining board games. Priebe also served as Disney Interactive’s SVP Creative, where he contributed his inventive ideas and business expertise for over 3-years with the media giant.

Priebe’s most prominent work was his position as Co-Founder, CTO, and CCO for Club Penguin Entertainment, a digital gaming platform for kids that enables them to make an account, create and customize their penguin character, and play virtual interactive mini-games with other players worldwide. Lance, and a small team of designers and developers, launched Club Penguin to the world on October 24, 2005. The game was an instant mega success and was acquired by Disney for $360 million in late 2007; in just twenty-two months from launch to sale.

Priebe commented, “I feel Immersive Tech is onto something special with their first VR free roam game within the world’s most interactive multiplayer shipping container, and I have no doubt this VR experience will delight and inspire fans around the world.” Priebe looks forward to sharing his professional perspective on growing globally recognized gaming experiences with Immersive Tech to further advance its influence specifically within the world of Location-based VR attractions.

Immersive Tech’s CEO Tim Bieber said, “We are absolutely thrilled to welcome these three industry icons to our Advisory Board. The team is eager to have Kevin, Cathy and Lance become active players in the company’s endeavors with his comprehensive approach to business expansion, elite design skills, and VR experience within the gaming sector. Immersive Tech is expertly positioned to crush our chosen markets with the hands-on expertise of our distinguished Advisory Board members.”

Immersive Tech Teams Up With Celebrity YouTube Creator Chris Ramsay On An Exclusive Immersive Experience That Will Be Featured On His Social Media Channels To His 6.4 Million Fans

To learn more about Immersive tech and these advisors, you can visit: Immersivetech.co/news

About Immersive
As an industry leader in blending amusement park engineering and video game development, Immersive has established strong working relationships with top organizations including: Bayer Pharmaceuticals, Intel, Allegiant Airlines, Capital One, Scotia Bank, and the US Food and Drug Administration among others for brand activations at events including X-Games, Boston Hub Week among others. Over the past four years. Immersive has built highly sought after escape room experiences for some of the largest Family Entertainment groups globally including APEX Entertainment, and Kalahari Resorts. Immersive also operates the newly launched company “UNCONTAINED”, the world’s first COVID-safe free-roam AR/VR shipping container Location-Based Entertainment franchise. For more info view the company’s latest highlight reel video or visit www.ImmersiveTech.co

What we do differently for startups

VST isn’t your ordinary investor. With real skin in the game, we’re committed to ensuring each company in our portfolio succeeds. Our secret sauce starts with selecting startups that have real solutions, not just ideas. We pair you with senior talent in product, engineering, customer acquisition and more. Then we let you do what you do best — build, innovate and disrupt. In 24-36 months, you’ll scale and be ready to monetize.

What we do differently for investors

VST is a publicly-traded company headquartered in Vancouver, Canada, and listed on the Canadian Securities Exchange (VST), Frankfurt Exchange (6F6) and the OTCQX (VSQTF). For investors, we offer early-stage access to the next unicorns before they’re unicorns. Our portfolio represents a uniquely liquid and secure way for investors to get access to the latest cutting-edge technologies. Because we focus on market-ready solutions that scale quickly, we’re able to provide strong and stable returns while also tapping into emerging global trends with big upsides.

The Canadian Securities Exchange has neither approved nor disapproved the contents of this news release and accepts no responsibility for the adequacy or accuracy hereof. 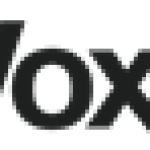 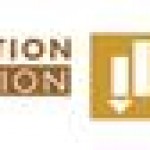