Impact of Budget 2016 on Your Financial Planning

Budget 2016 included a big emphasis on infrastructure spending, eliminated certain tax credits and advantages and tried to eliminate tax structures that abused the system. Other significant changes introduced in this budget included the introduction of a new method of depreciation of eligible capital property and reduction of the eligibility age for Old Age Security and Guaranteed Income Supplement from 69 to 65.

According to the new budget, a deficit of $5.4 billion is expected for Canada in 2015-2016, which will grow to $29.4 billion in 2016-2017 and will gradually decrease after that with no indication of when Canada will have a balanced budget again.

A detailed explanation of the significant tax measures proposed in Budget 2016 that would have an impact on your personal financial planning follows below.

The Canada Child Benefit provides greater benefits for families at lower income levels and is tax-free. It will start on July 1, 2016 and will provide a non-taxable maximum benefit of $6,400 per child under the age of six and $5,400 per child for children who are age six through 17. If a child is eligible for the disability tax credit, the CCB maximum is increased by an additional $2,730. The CCB maximum benefit levels will be reduced based on family income and the number of children in the family.

According to the government the new Canada Child Benefit will help nine out of 10 families save an estimated $2,300 a year. It would therefore be prudent for families with children who are 17 and under to funnel their tax savings into a Registered Education Savings Plan (RESP) to save for their children’s higher education and take advantage of the 20% Canada Education Savings Grant (CESG) that the government will pay on up to $2500 of annual savings in an RESP.

The Conservative government of Stephen Harper had enacted the family tax cut that allowed income splitting between spouses. This would allow a higher-income spouse with at least one child under 18 to notionally transfer up to $50,000 of taxable income to his/her spouse or common-law partner, in order to reduce the couple’s total income tax liability by up to $2,000.

Currently, switching funds in a mutual fund corporation (commonly referred to as Corporate Class Mutual Funds) will not trigger any taxes and the Income Tax Act does not deem the exchanges to be dispositions for income tax purposes.

Budget 2016 surprised the investment community by proposing to amend the Income Tax Act so that starting September 2016 an exchange between different classes of funds in mutual fund corporations will be deemed to be a disposition at fair market value.

If the shares that are exchanged only differ in respect of management fees or expenses borne by the investor, and otherwise drive their value from the same fund or portfolio within the mutual fund corporation, then the proposed changes will not apply.

An equity linked note is a debt instrument whose return is determined by the performance of a single equity security or stock, a basket of stocks, or an equity index.

It has been a common practice for investors in linked notes to sell the notes prior to maturity. By doing so they were able to convert the tax treatment of the return from interest income to capital gains. Based on Budget 2016, for linked notes offered after September 2016, the return on a linked note will be treated as interest income whether it is earned at maturity or through a sale on a secondary market before maturity.

The federal Labour-Sponsored Venture Capital Corporations (LSVCC) tax credit was introduced in the 1980s when access to venture capital for small and medium-sized businesses was limited. However, the economic environment and the structure of the venture capital market have changed significantly since that time.

The Ontario Electricity Support Program (OESP) will provide assistance to low-income households in Ontario for the cost of electricity effective January 1, 2016. The OESP, which is based on household income and the number of people living in the household, will provide a non-taxable monthly credit on a tax payer’s electricity bill.

According to Budget 2016, the eligibility for the mineral exploration tax credit will be extended for one year, to flow-through share agreements entered into, on or before March 31, 2017.

This tax credit provides investors in mining flow-through shares with a credit equal to 15 per cent of specified mineral exploration expenses incurred in Canada.

Budget 2016 included a number of welcome improvements to retirement income provisions for Canadians including the following:

– Guaranteed Income Supplement (GIS) for low-income single seniors will be increased.
– The Canada Pension Plan (CPP) will be enhanced and the government’s goal is to make a collective decision in this regard with the provinces and territories before the end of 2016.
– Old Age Security benefit will start at 65 years old instead of at 67.
– Benefits will be increased for senior couples who live apart for health or other reasons in recognition of the fact that they face higher expenses.

While the measure announced in Budget 2015 that provided an exemption from capital gains for certain dispositions of private corporation shares or real estate where the cash proceeds from the disposition are donated to a registered charity within 30 days drew cheers from the charitable sector, Budget 2016 announced the government’s intention not to proceed with this measure.

Going forward, the government is planning to close loopholes that allow private corporations to use a life insurance policy to distribute amounts tax-free that would otherwise be taxable.

Tina Tehranchian, MA, CFP, CLU, CHFC, is a branch manager and senior financial planner at Assante Capital Management Ltd. in Richmond Hill, Ontario. She can be reached at 905-707-5220 or through her website at www.tinatehranchian.com to discuss your particular circumstances prior to acting on the information above. 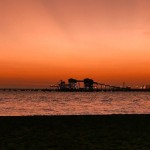 Where is Canada going from here? Only an Entrepreneurial Revival Will Save the Day 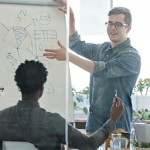