The newly installed cleaner column was commissioned during the quarter and is now operating. Early results have shown improved gold recovery over results prior to the installation of this cleaner column cell.

The portal site excavation has been completed and the exploration decline is progressing, having advanced 21 metres as of July 14, 2021. The East Zone high grade pod is being drilled at a tighter spacing to provide the information required to consider “early mining” as part of the Red Chris Block Cave Pre-Feasibility Study. Mining of this particularly high-grade section of the East Zone prior to the block cave mining may increase initial cash flow and help fund the development of block caving operations. The Pre-Feasibility Study is expected to be released by the end of September 2021.

During the second quarter there were up to eight drill rigs in operation, completing 26 drill holes for a total of about 30,055 drilled metres. All the holes, except six geotechnical drill holes, intersected mineralization. Since the commencement of the Joint Venture in 2019, 137 drill holes totalling about 166,686 metres have been drilled.

Approximately 50,000 metres of growth-related drilling is planned this calendar year.

Cross section and plan view maps are available on imperialmetals.com.

Imperial is a Vancouver based exploration, mine development and operating company. The Company, through its subsidiaries, owns a 30% interest in the Red Chris mine, and a 100% interest in both the Mount Polley and Huckleberry copper mines in British Columbia.

Certain information contained in this news release are not statements of historical fact and are “forward-looking” statements. Forward-looking statements relate to future events or future performance and reflect Company management’s expectations or beliefs regarding future events and include, but are not limited to, statements and inferences regarding the potential for continued improved gold recovery from the newly installed cleaner column, the Company’s expectations and timing with respect to the Red Chris Block Cave Pre-Feasibility Study, current and planned drilling programs at Red Chris, including mining of the East Zone high grade pod and plans to define the extent and continuity of the mineralization in the East Ridge and the potential importance of the East Ridge as a development area, and statements regarding cash flow and the funding of block caving operations.

In certain cases, forward-looking statements can be identified by the use of words such as “plans”, “expects” or “does not expect”, “is expected”, “outlook”, “budget”, “scheduled”, “estimates”, “forecasts”, “intends”, “anticipates” or “does not anticipate”, or “believes”, or variations of such words and phrases or statements that certain actions, events or results “may”, “could”, “would”, “might” or “will be taken”, “occur” or “be achieved” or the negative of these terms or comparable terminology. By their very nature forward-looking statements involve known and unknown risks, uncertainties and other factors which may cause the actual results, performance or achievements of the Company to be materially different from any future results, performance or achievements expressed or implied by the forward-looking statements. 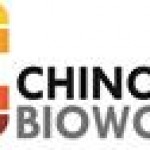 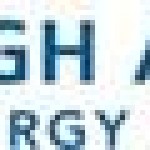