VANCOUVER, British Columbia, Oct. 23, 2019 (GLOBE NEWSWIRE) — Imperial Metals Corporation (the “Company”) (TSX:III) reports production at the Red Chris mine for the 2019 third quarter was 19.5 million pounds copper and 8,419 ounces gold. These results represent 100% of production at Red Chris. Copper and gold production were up 11% in the third quarter compared to the second quarter of 2019. Mill throughput for the quarter averaged 30,568 tonnes per calendar day.As previously announced, Imperial completed the sale of a 70% interest in the Red Chris mine to Newcrest Mining Limited on August 15, 2019. Imperial’s portion of the third quarter production was 13.1 million pounds copper and 5,634 ounces gold representing 100% of production for the period July 1 through August 14, 2019, and 30% of production for the period August 15 through September 30, 2019.Exploration drilling commenced during the third quarter with four drills currently operational. It is expected that two more drill rigs will begin drilling during the fourth quarter. Drilling will test the upside of the East Zone, Main Zone and Gully Zone and a number of regional targets. At the East Zone, a deep in-fill resource definition drilling program is underway to provide additional geological, metallurgical and geotechnical data to support studies for future underground operations. A new step out exploration drilling program is underway searching for additional zones of high grade mineralization within the main mineralized trend.  Drilling is also being conducted in the Gully Zone to follow up previous high grade intercepts.About ImperialImperial is a Vancouver exploration, mine development and operating company. The Company, through its subsidiaries, owns a 30% interest in the Red Chris mine, and a 100% interest in both the Mount Polley and Huckleberry copper mines in British Columbia. Imperial also holds a 48% interest in the Ruddock Creek lead/zinc property.Company ContactsBrian Kynoch | President | 604.669.8959
Andre Deepwell | Chief Financial Officer | 604.488.2666
Sabine Goetz | Shareholder Communications | 604.488.2657 | [email protected]Cautionary Note Regarding Forward-Looking StatementsCertain information contained in this news release are not statements of historical fact and are “forward-looking” statements. Forward-looking statements relate to future events or future performance and reflect Company management’s expectations or beliefs regarding future events and include, but are not limited to, statements regarding the Company’s expectations with respect to current drilling programs. In making the forward-looking statements in this release, the Company has applied certain factors and assumptions that are based on information currently available to the Company as well as the Company’s current beliefs and assumptions. These factors and assumptions and beliefs and assumptions include, the risk factors detailed from time to time in the Company’s interim and annual financial statements and management’s discussion and analysis of those statements, all of which are filed and available for review on SEDAR at www.sedar.com. Although the Company has attempted to identify important factors that could cause actual actions, events or results to differ materially from those described in forward-looking statements, there may be other factors that cause actions, events or results not to be as anticipated, estimated or intended, many of which are beyond the Company’s ability to control or predict. There can be no assurance that forward-looking statements will prove to be accurate, as actual results and future events could differ materially from those anticipated in such statements. Accordingly, readers should not place undue reliance on forward-looking statements and all forward-looking statements in this news release are qualified by these cautionary statements.
CBJ Newsmakers 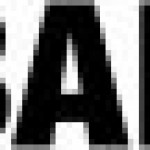