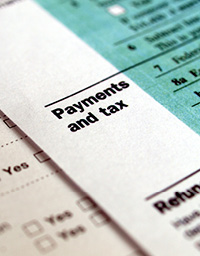 Daniel Mitchell of the Washington-based Cato Institute wrote: “In the past, governments saw corporations as cash cows that could be milked for money anytime politicians wanted to buy votes. But because of capital mobility, lawmakers are being forced to curtail their greed lest the geese that lay the golden eggs fly across the border.”

In the last two years, 37 countries reduced corporate income tax rates despite facing significant budget deficits (see PricewaterhouseCoopers/World Bank report “Paying Taxes 2011”). Several more have announced plans to do so. The U.K., for example, is cutting business taxes at the very same time as it has to make very painful cuts to public spending, demonstrating the priority the U.K. gives to boosting its competitiveness. Japan, Australia and New Zealand are also reducing their business taxes to attract the investment and jobs that follow. In his annual State of the Union address, President Barack Obama highlighted the need to revamp the U.S. corporate tax structure.

Canada witnesses a remarkable transformation in the business tax landscape

But today, some are proposing to increase business taxes. Opposition parties are vowing to try to defeat the government on the budget confidence vote—triggering an election—if it does not roll back the legislated business tax relief to 2010 levels which would see corporate earnings taxed at a federal rate of 18 per cent as opposed to 15 per cent. Some have proposed to use the savings to fund a range of government programs.

The Bank of Canada reported in its winter Business Outlook Survey that 44 per cent of Canadian firms plan to invest more in productivity-enhancing machinery and equipment in the year ahead than they did over the past twelve months. Almost the worst thing government could do now is to reverse the commitment to lower taxes. Realizing a lower rate of return on capital, businesses may simply change their minds and invest less.

According to an Oxford University study, a $1 increase in corporate taxes tends to reduce real median wages by 92 cents. The American Enterprise Institute for Public Policy Research found a one percent increase in corporate tax rates is associated with nearly a 0.8 percent decrease in wage rates.  The latter study is particularly notable because it analyzed data from 72 countries spanning 22 years.

To put it bluntly, business taxes are the most economically damaging mechanism for raising revenue. As extensive research by the Organization for Economic Co-operation and Development (OECD) shows, corporate income taxes deter capital investment, hinder productivity growth and have the most negative effect on living standards. The American Enterprise Institute for Public Policy Research found that an increase in the business statutory tax rate reduces both inbound foreign direct investment and entrepreneurial activity and, therefore, stifles innovation and productivity.