NOT FOR DISTRIBUTION TO UNITED STATES NEWSWIRE SERVICES
OR FOR DISSEMINATION IN THE UNITED STATESVANCOUVER, British Columbia, Dec. 30, 2020 (GLOBE NEWSWIRE) — Independence Gold Corp. (TSX.V: IGO) (the “Company”) wishes to announce that it has closed a second and final tranche of the non-brokered private placement announced on December 8, 2020 (the “Offering”).The Company issued 4,285,714 units (the “Units”) at a price of $0.14 per Unit for proceeds of $599,999.96 (the “Unit Proceeds”), and 4,687,500 flow-through common shares (“FT Common Shares”), and together with the Units, the “Securities”) at a price of $0.16 per FT Common Share for proceeds of $750,000 (together with the Unit Proceeds, the “Funds”). Including the first tranche of the Offering (the “First Tranche”) announced on December 21, 2020 (the “First Tranche Announcement”), the Company raised an aggregate total of $2,149,999.96 under the Offering, representing an over subscription of 312,500 FT Common Shares for proceeds of approximately $50,000, from the originally announced Offering.Each Unit consists of one common share and one-half common share purchase warrant (each, a “Warrant”). Each whole warrant (“Warrant”) is exercisable into one common share in the capital of the Company at an exercise price of $0.20 per common share for a period of 24 months from the date of issue. In connection with the second tranche closing, the Company paid aggregate cash finder’s fees of $33,468 cash and issued an aggregate of 215,603 finders compensation options (“Finder’s Options”) In connection with the distribution of FT Shares and Units to arm’s length subscribers. Each Finder’s Option entitles the holder to purchase one common share of the Company at a price of $0.20 per common share until December 30, 2022.In accordance with applicable securities legislation, all securities issued pursuant to the Offering are subject to a hold period of four months plus one day from the date of the completion of the Offering.The Flow-Through Funds will be used by the Company to incur for “Canadian exploration expenses” as defined by the Income Tax Act (Canada) at its 3Ts Property, as well as its Merit and Nicoamen properties in British Columbia, Canada.ON BEHALF OF THE BOARD of Independence Gold Corp.“Randy Turner”Randy Turner, President and CEONeither the TSX Venture Exchange nor its Regulation Services Provider (as that term is defined in policies of the TSX Venture Exchange) accepts responsibility for the adequacy or accuracy of this release.All statements in this press release, other than statements of historical fact, are “forward-looking information” with respect to Independence within the meaning of applicable securities laws, including statements with respect to the Company’s planned drilling and exploration activities. The Company provides forward-looking statements for the purpose of conveying information about current expectations and plans relating to the future and readers are cautioned that such statements may not be appropriate for other purposes. By its nature, this information is subject to inherent risks and uncertainties that may be general or specific and which give rise to the possibility that expectations, forecasts, predictions, projections or conclusions will not prove to be accurate, that assumptions may not be correct and that objectives, strategic goals and priorities will not be achieved. These risks and uncertainties include but are not limited to those identified and reported in Independence’s public filings under Independence Gold Corp.’s SEDAR profile at www.sedar.com. Although Independence has attempted to identify important factors that could cause actual actions, events or results to differ materially from those described in forward-looking information, there may be other factors that cause actions, events or results not to be as anticipated, estimated or intended. There can be no assurance that such information will prove to be accurate as actual results and future events could differ materially from those anticipated in such statements. Independence disclaims any intention or obligation to update or revise any forward-looking information, whether as a result of new information, future events or otherwise unless required by law.UNITED STATES ADVISORY. The securities referred to herein have not been and will not be registered under the United States Securities Act of 1933, as amended (the “U.S. Securities Act”), have been offered and sold outside the United States to eligible investors pursuant to Regulation S promulgated under the U.S. Securities Act, and may not be offered, sold, or resold in the United States or to, or for the account of or benefit of, a U.S. Person (as such term is defined in Regulation S under the United States Securities Act) unless the securities are registered under the U.S. Securities Act, or an exemption from the registration requirements of the U.S. Securities Act is available. Hedging transactions involving the securities must not be conducted unless in accordance with the U.S. Securities Act. This press release shall not constitute an offer to sell or the solicitation of an offer to buy any securities, nor shall there be any sale of securities in the state in the United States in which such offer, solicitation or sale would be unlawful.Contact:
Telephone: 604-687-3959
Facsimile: 604-687-1448
E-Mail: [email protected] 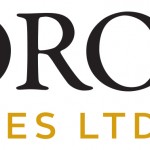 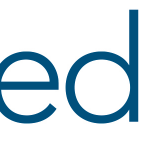