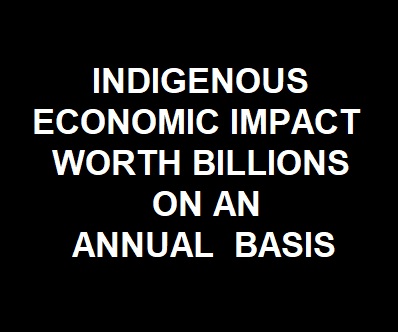 The report, which assessed the impact of the Indigenous economy in the province for the first time, says spending by Indigenous people, businesses and governments totalled $9.3 billion in 2016.

“We know that facts can help bust away stereotypes and can actually start to deal with the racism that we are dealing with in our country coast to coast to coast,” Bennett said at the report’s release.

The expansive report was done in partnership between the Southern Chiefs’ Organization, Manitoba Keewatinowi Okimakanak representing northern chiefs and Brandon University’s Rural Development Institute. It used 2016 data from Statistics Canada, Indigenous Services Canada, the province’s Indigenous and Northern Relations Department and other sources to inventory spending and calculate impacts. It was partially funded by the provincial and federal governments.

The report says Indigenous spending generated an estimated $230.7 million in revenue for provincial and federal governments. It says the Indigenous economy contributed $2.3 billion, or almost 4%, to Manitoba’s gross domestic product – more than manufacturing, accommodation and food services, mining or the oil and gas sector.