OHSWEKEN, Ontario, May 20, 2021 (GLOBE NEWSWIRE) — Today, Indspire announced the recipients of the 2021 Indspire Awards and introduced Jennifer Podemski as the new executive producer, heralding a new format for the broadcast of this year’s show. Twelve outstanding Indigenous achievers from a diverse list of First Nations, Inuit, and Métis communities will be honoured during a special broadcast on Tuesday, June 22 at 8 p.m. (8:30 p.m. NT) on APTN, APTN lumi, CBC TV, CBC Gem, CBC Radio One and CBC Listen.

The Indspire Awards represent the highest honour the Indigenous community bestows upon its own people. The Awards recognize Indigenous professionals and youth who demonstrate outstanding career achievement on a national level in a variety of fields, including: the arts; business and commerce; culture, heritage and spirituality; education; health; law and justice; public service; sports; and lifetime achievement. Three Youth Award winners are also being honoured for their accomplishments, serving as role models to other First Nations, Inuit, and Métis youth in their communities and across Canada.

The new format, which focuses heavily on the story of each recipient, pushes the boundaries of what is possible for celebratory events during unconventional times.

Indspire is delighted to announce the recipients of the 2021 Indspire Awards:

For full bios on each of the recipients, please visit https://indspire.ca/events/indspire-awards/laureates/

“Here at Indspire, we’ve consistently remained focused on our mission to recognize and celebrate Indigenous excellence throughout the challenging year we’ve collectively experienced,” said Indspire president and CEO Mike DeGagné. “It is both a pleasure and a privilege to invite viewers from all over Canada to help us celebrate the outstanding achievements of these 12 First Nations, Inuit, and Métis leaders.”

In the past, the Awards have been presented during an in-person gala ceremony, but the COVID-19 pandemic necessitated a change of approach. This year’s show will appear in an innovative virtual format under the creative direction of new executive producer Jennifer Podemski, who accepted the challenge of producing the show during a lockdown, taking on the role held for many years by former Indspire president and CEO Roberta Jamieson.

“When I think about all of the obstacles my team had to face this year, I am in awe of what was accomplished,” says Podemski.

“This year, through the production of the Indspire Awards we have proven that with hard work, perseverance and collaboration, we as Indigenous people can rise above adversity and achieve our goals when we work together and support one another,” she added.

Once again, each recipient will be presented with a beautiful gold pin featuring a Canadian diamond unearthed from the Diavik mine in the Northwest Territories and supplied by Rio Tinto.

Indspire gratefully acknowledges the support of the following sponsors and partners:

The awards ceremony will be broadcast during National Indigenous History Month on APTN and CBC on June 22 at 8:00 pm (8:30 pm NT). If you’re watching with friends and family (in accordance with local public health regulations), you can register your watch party to win a two business-class flights anywhere in the world from Air Canada: www.indspire.ca/watch-party

About CBC/Radio-Canada
CBC/Radio-Canada is Canada’s national public broadcaster. Through our mandate to inform, enlighten and entertain, we play a central role in strengthening Canadian culture. As Canada’s trusted news source, we offer a uniquely Canadian perspective on news, current affairs and world affairs. Our distinctively homegrown entertainment programming draws audiences from across the country. Deeply rooted in communities, CBC/Radio-Canada offers diverse content in English, French and eight Indigenous languages. We also deliver content in Spanish, Arabic and Chinese, as well as both official languages, through Radio Canada International (RCI). We are leading the transformation to meet the needs of Canadians in a digital world.

About APTN
APTN launched in 1999 as the world’s first national Indigenous broadcaster, creating a window into the remarkably diverse mosaic of Indigenous Peoples. A respected non-profit and charitable broadcaster, it’s the only one of its kind in North America. The network is Sharing Our Stories of authenticity in English, French and a variety of Indigenous languages to over 10 million Canadian subscribers. With over 80% Canadian content, APTN connects with its audiences through genuine, inspiring and engaging entertainment on multiple platforms. 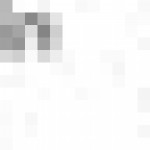 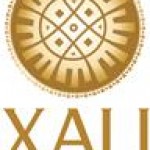