TORONTO, Sept. 16, 2021 (GLOBE NEWSWIRE) — Great Lakes Cormorants (GLC), an international collective of scientists, experts, landowners, sportsmen, concerned members of the public and non-governmental organizations who acknowledge the beneficial ecological role that cormorants and other fish-eating birds play in Ontario, was formed in response to the Ontario cormorant hunt.

Today is the second day of Ontario’s Double-crested cormorant hunting season, a hunt that has been widely criticized by scientists, wildlife advocates, cottagers and concerned members of the public as being unwanted, unnecessary, and without scientific merit.

The first cormorant hunting season in the fall of 2020 generated reports of random killing of the birds, piles of bodies being dumped on roadsides and small colonies being targeted. No one knows how many birds were killed, but the concerns of people across the province were validated.

According to GLC coordinating member Barry Kent MacKay, “Opposition to this nonsensical cormorant hunt is far greater than I ever imagined it would be and it’s growing. People of all stripes, including members of the hunting and angling community, have spoken out against the hunt.”

Liz White, Executive Director of Animal Alliance of Canada, adds, “The hunting season allows licensed hunters to kill up to 15 cormorants per day for the duration of the 3 ½ month hunt. There’s no maximum number of cormorants that can be killed and no monitoring. If even a tiny percentage of Ontario’s 197,000 hunters decided to participate, cormorants could be back on the path to near extinction in Ontario.”

“These birds have been unfairly demonized. The war against them makes absolutely no sense. It’s time for Ontario to pay attention to the science and not to the unsubstantiated claims of special interest groups who want the cormorants killed,” said chartered biologist Rob Laidlaw.

Great Lakes Cormorants is focusing its efforts on educating the public about the valuable ecological role played by cormorants, promoting science, dispelling longstanding myths and misinformation, and advocating for the protection of cormorants and other fish-eating birds.

Anyone seeking more information is invited to visit GreatLakesCormorants.com 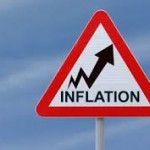