INFINITI today reported its best June sales ever in the U.S. with deliveries of 12,271 vehicles, an increase of 11 percent. For the year, INFINITI sales are up 22 percent to 64,978.

The Q50 sports sedan increased 37 percent in June to 3,224, while deliveries of the all-new Q60 sports coupe increased 977 percent to 851. Overall INFINITI coupes and sedans were up 52 percent for the month.

With 678 vehicles delivered, the QX70 performance crossover had an increase of 38 percent, while the QX80 premium full-size SUV had its best June ever, up 17 percent to 1,805. INFINITI crossovers and sport utility vehicles are up 23 percent for the year.

About INFINITI
INFINITI Motor Company Ltd. is headquartered in Hong Kong with sales operations in over 50 countries. The INFINITI brand was launched in 1989. Its range of premium automobiles is currently built in manufacturing facilities in Japan, the United States, United Kingdom and China. INFINITI plans to also expand manufacturing into Mexico by 2017. INFINITI design studios are located in Atsugi-Shi near Yokohama, London, San Diego and Beijing.

INFINITI is in the middle of a major product offensive. The brand has been widely acclaimed for its daring design and innovative driver-assistance technologies. From the 2016 season, INFINITI is a technical partner of the Renault Sport Formula 1® team, contributing its expertise in hybrid performance. 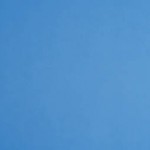