Inflation at 3% in July

According to figures released by Statistics Canada the consumer price index for last month was up 3.0% on a year-over-year basis, compared with a 2.5% increase in June.

The Bank of Canada has a target of 2.0%. Earlier this summer, the Bank predicted inflation to move as high as 2.5% due to temporary factors like higher gas prices. The expectation is that it will settle back to around 2% next year.

In response to inflation the Bank of Canada can raise interest rates to help keep it in check. The central bank has already done so this year, raising its trend-setting interest rate to 1.5% earlier this summer.

The average of Canada’s three measures of core inflation, which leave out more-volatile data like pump prices, rose last month to 2.0% compared with 1.96% in June. 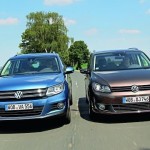