CBJ — Canada’s annual inflation rate rose in November as food prices jumped, while the decline in the cost of gasoline was not as steep as the month before.

Figures released by Statistics Canada reveal the annual inflation rate rose to 1.4%, just short of economists’ forecasts for a rise to 1.5%. Core inflation, which strips out volatile items and is closely watched by the Bank of Canada, dipped to 2.0%, which was also short of expectations.

The relatively subdued rate of inflation is likely to give the Bank of Canada plenty of room to keep interest rates low after it cut them twice this year to offset the impact of cheaper oil prices on Canada’s resource-oriented economy.

Food costs rose 3.4% in November from a year earlier, with higher prices for fresh vegetables and meat contributing the most to the gain. A 1.2% increase in the cost of shelter also contributed to the rise in inflation.

Overall, prices were up in seven of the eight major components of the consumer price index. The transportation component, which includes gasoline, was the only one to decline. Still, its decrease of 1.1% was the smallest annual decline registered since last November. 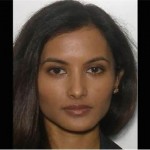