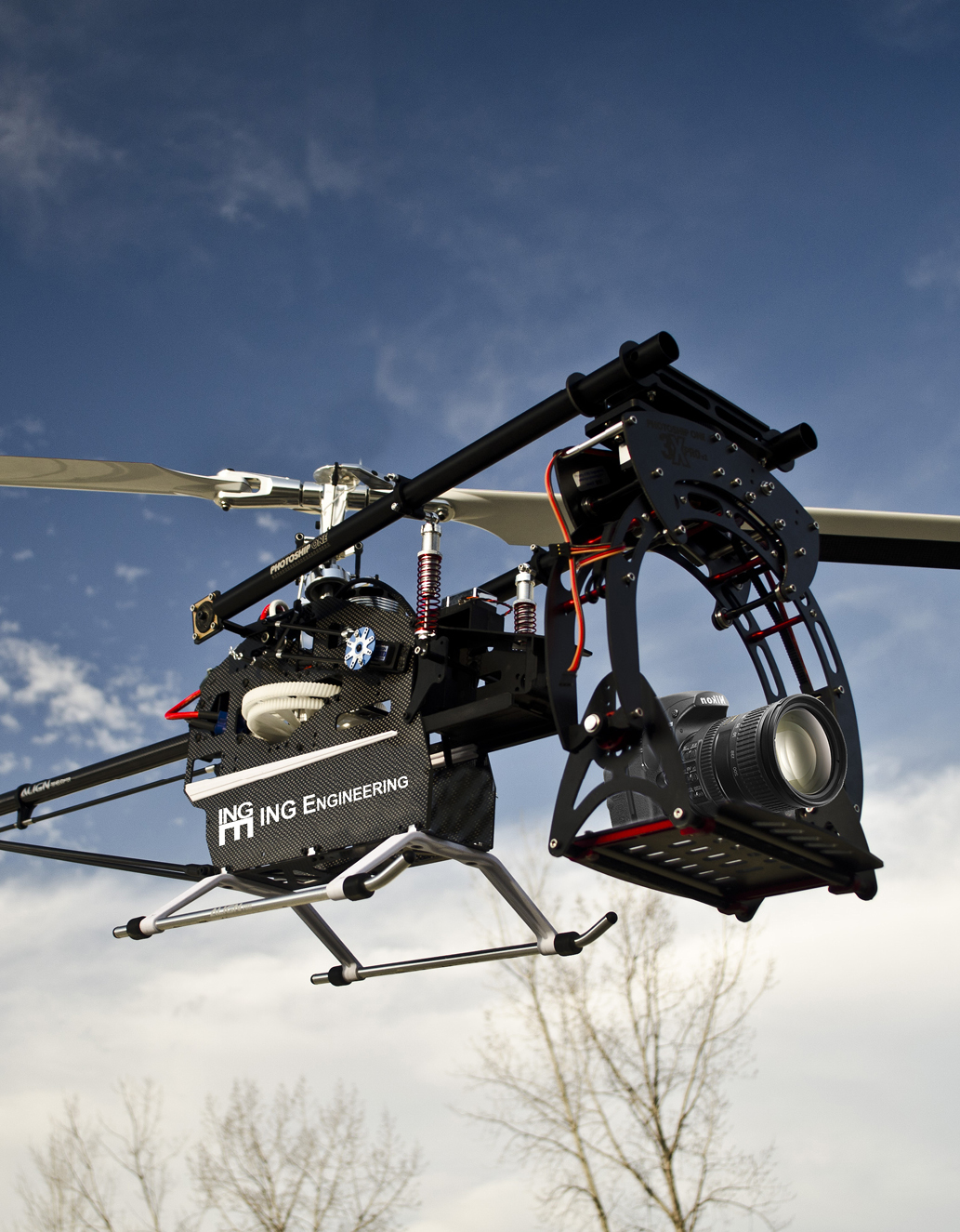 The Future of Flight Available Now … And Made in Canada

Ian Glenn founded ING Engineering Inc., a robotic aviation company, in 2002. Glenn, an entrepreneur and technology innovator, not only had to start the company from scratch but also take a major role in opening up the whole field of UAS (unmanned aircraft systems), specifically by founding Unmanned Systems Canada, the national not for profit association, and by joining the Board of UVS International. Glen was motivated to go into this field by his academic background in digital signal processing and his experience in managing military technology. A strong motivator for Glen was also his desire to assist and protect his former colleagues in the Canadian Army, especially as their operational tempo in Afghanistan increased.

The Canadian Business Journal spoke with Glenn, CEO and CTO, and Wilson Pearce, COO, of ING Engineering Inc. about UAS technologies and supporting systems, and the opportunities these systems offer to the commercial sector.

“When I launched ING Engineering, the Afghan conflict was underway, and I was hearing about many of my friends going in harm’s way or dying. This motivated me to create the right solution for the Canadian Forces in Afghanistan. In 2008 we provided the Canadian Forces with a UAS solution. The implementation has been a great success and we have built the service delivery and reputation of the company as an all-Canadian UAS service provider. Being able to see over the next hill or around the next corner, and even more importantly getting timely results into the right hands right away proved to be a major life saver and force multiplier [attribute which makes a given force more effective].”

The company has since grown tenfold, and its combined strength of over 40 employees and contractors provide clients with something unheard of — over 800 years of combined experience in unmanned systems design and engineering, implementation and operations, including special operations and national law enforcement, and over 30,000 combat flight hours with the Canadian Armed Forces.

On the military side, the company continues to provide support to the Canadian Army’s high-readiness contingent, where the ING Engineering personnel operate and maintain the ScanEagle UAS. Another key relationship ING Engineering has with the Canadian Forces is the provision of service to the Royal Canadian Navy, specifically to its frigate that is continuously engaged around the world. ING’s accompanying staff has spent eight months onboard HMCS Charlottetown, with a crew currently serving with the HMCS Regina.

“The use of an unmanned aircraft to provide force extension to a naval ship had never been done before in Canada, and is yet another way in which our team has led the way in the development and use of this technology. This shows the capabilities of our delivery team who are able to take our technology into new and unknown environments and routinely deliver the UAS service. This is what turned ING Engineering into a one-stop-shop for the Canadian Armed Forces.” In short, where Canadian soldiers and sailors have been on active operations, ING Engineering has been there supporting them.

Usually when people think about “drones” they think military, and when they think “military”, they think the giants of arms production such as Boeing, Lockheed Martin, CAE, or General Atomics Aeronautical. However robotic aviation is about much more, and with ING Engineering it is becoming yet another field where military pioneered a technology that eventually became widespread across the economy.

“I hate the term ‘drones’,” says Glenn, “because the term has so much negative baggage today, and we are talking about so much more than the CIA operations. Unmanned aircraft, combined with relevant sensors and systems, represents a highly productive technology as it allows business managers in many sectors access timely, complete, and actionable data that they might otherwise not have been able to afford, or maybe not even be able to acquire at all.”

While the company has focused predominantly on delivering its technology to the North American market, ING Engineering has been approached by customers in South America and Asia, and the company’s UK office supports opportunities across Europe, the Middle East and Africa.

“We see great potential in this technology being used in a wide range of industries and services that require visual surveillance, from search and rescue, to wildlife surveillance, to industrial and real estate applications,” says Pearce. “Our technology can replace the current model for conducting inspections, which is a major challenge for transmission grids, pipelines and related infrastructure inspections, such as high rise buildings, bridges and so forth. Companies used to either use scaffolding, cranes, helicopters and climbers to conduct these inspections. Our solution is more affordable, safer, and environmentally much friendlier. We can provide various sensors to provide information the client seeks, whether it’s a camera or an infrared sensor to track heat loss, and any other solution,” says Pearce.

Compared to standard aerial surveillance and monitoring, ING Engineering solutions provide a better and safer way of collecting data in regard to imaging, 3D model construction, or heat surveillance. Being robotic, the UAS operation is much more commercially affordable compared to that of a helicopter. The small size, hyper-fuel efficiency, and unobtrusiveness to the environment are significant advantages to both cost and ease of operation. A UAS can fly an exact, pre-programmed area grid to provide thorough data effectively and fast. Furthermore, the conventional methods can’t compete with the UAS flight time of up to 20 hours, and fuel consumption of 1/1000 of a typical helicopter.

As the company serves various markets and clients with different application requirements, ING Engineering operates a fleet of six different
UAS platforms, each with a specific set of capabilities, optimized to meet the customers’ needs. The company’s own designs are Serenity, which provides persistent surveillance and can operate for over 15 hours; and Responder, a short-range rotorcraft designed for search and rescue, infrastructure inspection and other commercial applications. “Our platforms have been designed to provide maximum payload flexibility, depending on the customer’s needs, whether it’s multispectral camera, laser radar, radio re-broadcast, and more. The idea is to position our platforms in the sky efficiently and safely to provide service,” says Glenn.

The demand is obvious, and the company is currently discussing the use of its service and expertise with several companies in the North American energy sector, with the potential for onshore and offshore operations in 2013. The company is also in discussion with rescue and emergency organizations, as well as companies and public sector clients responsible for forest fire and forest protection, flood surveillance, search and rescue and many other services.

With its complex technology and vast experience, ING Engineering officially belongs to the aviation sector and unmanned aircraft systems under aviation assets. “No one person can simply order a UAS online and say “Can I have mine painted green?”. Our expertise comes from the 30,000+ flight hours flown for the Canadian Military, and we haven’t built our technology from model parts. These platforms operate in accordance with Civil Aviation regulations and requirements. It is critical that we take this emerging technology and support it with a strong delivery team that is fundamentally a team of aviation professionals,” says Glenn.

While we are all too familiar with the iconic image of the U.S. military drones, Canada’s ING Engineering has made the leap to taking this technology and experience into commercial world applications, and the company’s combination of technology and operational expertise is clearly ready to ‘take off’. It’s time for Canada to be an aviation leader again, this time in the robotic field.