Innovate BC CEO Raghwa Gopal Featured in The Courageous Move

Innovate BC is proud to announce President & CEO, Raghwa Gopal will be featured in upcoming book, The Courageous Move which profiles successful Canadian Immigrants.

Raghwa Gopal, a former recipient of the RBC Top 25 Canadian Immigrant Awards was selected among five other immigrants to share his personal story in the book.

A serial entrepreneur, Gopal has extensive experience starting, growing and selling numerous businesses. Gopal joined Innovate BC from Accelerate Okanagan (AO), where he was Chief Executive Officer. At AO, Gopal was instrumental in the creation and management of successful programs for technology companies at all stages of growth, and he has been a driving force in the development of the Okanagan’s tech sector into a $1.6 billion economic contributor.

The Courageous Move will be released on April 16, 2021. It will contain a collection of inspirational stories, recognizing the achievements of immigrants who have made a positive impact on their communities since arriving in Canada.

The launch of The Courageous Move will coincide with North Star Success’ Professional Development Conference for Immigrants, featuring Gopal and the other awardees. Register here.

“It’s an honour to be featured in The Courageous Move and be able to share my story. My hope is that my story inspires other immigrants to work hard and chase their ambitions.”

“This is a great opportunity for Raghwa and other community members to share their story about immigrating to Canada. I am proud of the contribution that Raghwa makes to his community and Innovate BC. I look forward to reading the courageous and moving stories showcased in this book.”

“The Courageous Move will be launched at the PDCI Conference on April 16, which is an amazing opportunity for immigrant professionals to get connected and inspired.”

Innovate BC is rebooting BC’s economy by helping innovators build great companies. We deliver ​cost-effective, ​high-impact programs ​to address the biggest pain points of BC businesses. 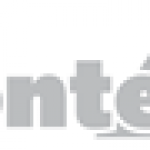 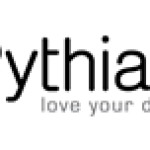