TORONTO, May 04, 2021 (GLOBE NEWSWIRE) — Innovation Metals Corp. (“IMC” or the “Company”) is pleased to announce the execution of a binding Technology Testing Agreement (“TTA”) with a leading, US-allied-sourced rare-earth element (“REE”) producer (“REE Producer”) for a program utilizing the Company’s proprietary RapidSX™ separation technology. The purpose of the TTA is to generate empirical data for the evaluation of the RapidSX technology for the separation of the specific mixed-REE concentrate (“MREC”) produced by the REE Producer, focused on producing high-purity REE oxides (“REOs”) required for the global REE permanent-magnet industry. Pursuant to the TTA, the name of the REE Producer and specific terms of the TTA will remain confidential for competitive reasons.

IMC’s proprietary RapidSX technology is being developed for commercialization as a cost-effective solution for the bulk separation and purification of REEs — including both light (“LREEs”) and heavy REEs (“HREEs”) — for the production of REOs at the Company’s RapidSX Commercialization and Development Facility (“RapidSX CDF”) in Kingston, Ontario, Canada. The RapidSX technology combines the proven chemistry of solvent extraction, with a significantly more effective method of enabling the chemistry to reach completion. The REE Producer’s supplied commercial MREC for the TTA was recently received by IMC at the RapidSX CDF.

IMC Co-founder, Chairman, CEO, and co-inventor of the RapidSX technology, Dr. Gareth Hatch, commented, “The recent interest in RapidSX has been substantial, as demonstrated by this TTA with one of the most respected REE companies in the industry outside of China. IMC has been in discussions with numerous current and potential near-term REE producers regarding the utilization of the RapidSX technology for commercial-scale HREE and LREE separation, and we expect to announce additional TTAs in the coming months.”

The TTA outlines the specific technical program for the characterization of separation steps to be applied to the MREC produced by the REE Producer. The data generated will be used to help optimize flowsheets for the separation and purification of the MREC, utilizing the RapidSX technology, as a means of producing commercial-grade REOs. In addition, the data will be utilized in the ongoing development and evaluation of the process-modelling and simulation tool being developed by IMC, for the determination of optimal flowsheet parameters and RapidSX equipment configurations.

The goal of the TTA is to demonstrate the effectiveness and suitability of RapidSX technology on a currently commercially produced MREC. The TTA is the first step in assessing the technology — for this REE Producer’s specific MREC — with the objective of potentially advancing to subsequent technical programs, ultimately leading to on-site commercial-scale deployment by the REE Producer via a licensing agreement with IMC.

As announced by IMC on February 1, 2021, the commissioning of IMC’s RapidSX demonstration-scale pilot plant (“RapidSX Demonstration Plant”) is scheduled to commence in Q3 2021 with a comprehensive, independent techno-economic study and the design of a commercial-scale REE separation facility, both planned for completion in Q1 2022. With the anticipated ability to demonstrate the effectiveness of the RapidSX Demonstration Plant on currently available REE feedstocks, IMC expects the RapidSX technology to be ready for commercial adoption and implementation in approximately 12 months from now (in Q2 2022), via revenue-producing licensing agreements with IMC customers.

About Innovation Metals Corp.
IMC has developed the proprietary RapidSX™ process, for the low-cost separation and purification of REEs, Ni, Co, Li and other technology metals, via an accelerated form of solvent extraction. The RapidSX technology combines the proven chemistry of solvent extraction (“SX”) with a significantly more effective method of enabling the chemistry to reach completion. IMC is commercializing this approach for a number of metals, to help enable mining and metal-recycling companies to compete in today’s global marketplace. IMC is a wholly owned subsidiary of Ucore Rare Metals Inc. (TSXV:UCU) (OTCQX:UURAF).

About the RapidSX™ Technology
IMC developed the RapidSX separation technology with the assistance of US$1.8 million in funding from the United States Department of Defense (“US DoD”), resulting in the production of commercial-grade, separated rare-earth oxides (“REOs”) at the pilot scale. RapidSX combines the time-proven chemistry of conventional solvent extraction (“SX”) with a new column-based platform, which significantly reduces time to completion and plant footprint, as well as potentially lowering capital and operating costs. SX is the international rare-earth element (“REE”) industry’s standard commercial separation technology and is currently used by 100% of all REE producers worldwide for bulk commercial separation of both heavy and light REEs. Utilizing similar chemistry to conventional SX, RapidSX is not a “new” technology, but represents a significant improvement on the well-established, well-understood, proven conventional SX separation technology preferred by REE producers. 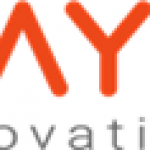 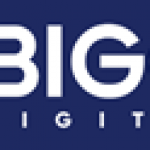