TORONTO, July 06, 2021 (GLOBE NEWSWIRE) — Innovation Metals Corp. (“IMC” or the “Company”) is pleased to announce the successful completion of initial extraction-rate testing of its proprietary RapidSX™ separation technology and to provide an update on the Company’s RapidSX commercialization demonstration program and related timelines. A key technical milestone in the commercialization of RapidSX, the extraction-rate testing confirmed quantitatively the ability of the technology to rapidly extract rare-earth elements (“REEs”) from an initial REE feedstock using a standard extractant, at rates far faster than the incumbent technology.

RapidSX Extraction-Rate Testing
The rate of extraction is an important contributor to the final design of the individual columns that will be used in RapidSX-based solvent-extraction (“SX”) circuits, influencing their overall size when deploying the technology for particular applications. The recent testing looked at the effects of flow rate and residence time on the rate of extraction from a mixed REE solution.

The initial quantitative test results using a standard, commercial extractant for REEs indicate that the rate of mass transfer during operation of the RapidSX columns may be at least one order-of-magnitude higher than that which occurs with the use of mixer-settler units for conventional SX extraction of REEs from solutions, i.e., at least ten times faster.

Finalization of RapidSX Column Design
In addition to the initial extraction-rate testing, IMC has been working to finalize the individual physical RapidSX column assembly design so that it will be suitable for commercial deployment. Computational fluid dynamics (“CFD”) software has been used to model fluid flows to subsequently fine tune the design of certain components that will be utilized in the physical column assemblies.

Final column designs for the RapidSX Demonstration Plant (“Demo Plant”) are in the process of completion, and will be tested in a demo-scale module ahead of construction of the Demo Plant, to empirically confirm effectiveness, at IMC’s RapidSX Commercialization Development Facility (“CDF”) in Kingston, Ontario, Canada.

RapidSX Commercialization Timeline
As announced by IMC on February 1 and May 4, 2021, the commissioning of IMC’s RapidSX Demo Plant is scheduled to commence in late Q3 / early Q4 2021, with a comprehensive, independent techno-economic study and the design of a commercial-scale REE separation facility, both planned for completion by Q1 2022. With the anticipated ability to demonstrate the effectiveness of the Demo Plant on currently available REE feedstocks, IMC expects the RapidSX technology to be ready for commercial adoption and implementation in less than 12 months (in Q2/Q3 2022), via revenue-producing licensing agreements with IMC customers.

About Innovation Metals Corp.
IMC has developed the proprietary RapidSX™ process, for the low-cost separation and purification of rare-earth elements, Ni, Co, Li and other technology metals, via an accelerated form of solvent extraction. IMC is commercializing this approach for a number of metals, to help enable mining and metal-recycling companies to compete in today’s global marketplace. IMC is a wholly owned subsidiary of Ucore Rare Metals Inc. (TSXV:UCU) (OTCQX:UURAF).

About the RapidSX™ Technology
IMC developed the RapidSX separation technology with early-stage assistance from the United States Department of Defense (“US DoD”), later resulting in the production of commercial grade, separated rare-earth oxides (“REOs”) at the pilot scale. RapidSX combines the time-proven chemistry of conventional solvent extraction (“SX”) with a new column-based platform, which significantly reduces time to completion and plant footprint, as well as potentially lowering capital and operating costs. SX is the international rare-earth element (“REE”) industry’s standard commercial separation technology and is currently used by 100% of all REE producers worldwide for bulk commercial separation of both heavy and light REEs. Utilizing similar chemistry to conventional SX, RapidSX is not a “new” technology, but represents a significant improvement on the well-established, well-understood, proven conventional SX separation technology preferred by REE producers.

A photo accompanying this announcement is available at https://www.globenewswire.com/NewsRoom/AttachmentNg/28171a01-2258-41ed-b297-bce48d1d7f36 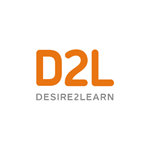 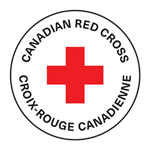 Assisting Canadians when they need it most: Canadian Red Cross and Walmart Canada launch annual campaign to support emergency relief