CALGARY Alberta, April 23, 2020 (GLOBE NEWSWIRE) — InPlay Oil Corp. (TSX: IPO) (OTCQX: IPOOF) (“InPlay” or the “Company”) provides an operations and corporate update in response to the COVID-19 pandemic.
The COVID–19 pandemic has led to an unprecedented decrease in oil prices as a result of world oil demand destruction. Accordingly, InPlay has acted prudently in March and April in order to stabilize our financial position and to preserve the value of our crude oil reserves for an eventual price recovery. As previously announced, the Company immediately responded to this decline in prices with the suspension of our capital program in March. In addition, InPlay has implemented several operating and corporate cost reduction initiatives which we estimate will lead to approximately $7.0 million in savings for the remainder of the year. The key cost saving initiatives include:20% reduction to Company wide salaries including office and field employees;Deferral of well workovers until oil prices support a six to nine month payout with careful consideration of fixed costs; andSupplier and vendor cost reductions in all areas of operations. We value and respect our vendors and service providers and are appreciative of their collective response to this challenging environment. InPlay and the entire industry are in a period of austerity and we are pleased that most of our vendors have chosen to partner with us with an attitude of “we are in this unprecedented environment together”.With the current economic environment being so severe, it is likely that most Exploration and Production companies in Canada would not conform to the standard reserve based lending (“RBL”) structures at the current future pricing scenarios. We are encouraged that the Federal Government has acknowledged the challenges facing the oil and gas industry and has announced a support program intended to provide a liquidity backstop to RBL credit facilities which will be administered through the Export Development Bank of Canada (“EDC”) and the Business Development Bank of Canada (“BDC”). In working directly with the primary banking financial institutions, additional lending and credit capacity is expected to be provided to qualifying oil and gas producers that (based on certain criteria) were deemed financially viable prior to the onset of the COVID-19 pandemic. Based on the information provided to date, InPlay believes it would meet the criteria for liquidity support under the announced program. InPlay’s capital expenditure requirement in 2020 for annual production to remain flat at the 2019 annual average of 5,000 boe/d was estimated at $25 million. Based on pre COVID-19 pricing assumptions from our original 2020 forecast released January 21, 2020, which has since been withdrawn, this flat production profile would have resulted in $29-32 million of Adjusted Funds Flow(1) (“AFF”), approximately 25% above the $25 million capital spending requirement. InPlay’s low decline rate, top tier capital efficiencies (refer to our press release dated March 18, 2020 for further details on our top tier finding and development costs, recycle ratios and capital efficiencies amongst our light oil peers) and a strong net debt to AFF(1) ratio (1.7x for the year ended December 31, 2019) leads us to believe that we will be well positioned to meet the requirements of the EDC and BDC’s liquidity support programs. 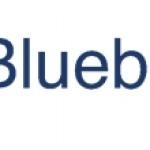 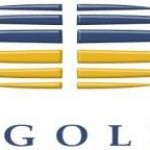