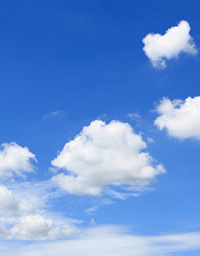 This month, I had the privilege of being invited to the house of the British Consul General for a reception to celebrate the announcement of the Carbon Disclosure Project (CDP) report 2011. We agreed to meet for lunch the following week and during the course of the lunch it became very clear that exploring and implementing sustainable growth was a key focus for him as it related to our two countries.

I decided to speak about the CDP and was a little shocked that many of the folks that I ran into outside of the cleantech world did not know about it and its commanding influence on global corporate strategy. The Carbon Disclosure Project represents 551 global investors with assets of over a whopping $US71 trillion. They work with investors globally to advance the investment opportunities and reduce the risks posed by climate change by asking almost 6,000 of the world’s largest companies to report on their climate strategies, GHG emissions and energy use.

I thought it would be of great value to share the key findings of the report in this month’s Clean 15 Series.  This year the highest number of Canada’s largest companies responded at 108. This represents response rate of 54 per cent and is an increase from 46 per cent the year before. Companies are starting to get the message that to attract investment, reporting to the CDP is becoming more important and the risk of not reporting will have serious ramifications in the not so distant future.

An opportunity for businesses

Another key finding was that companies were starting to see climate change not solely from a risk mitigation perspective, which is important, but from an opportunity perspective, which may be even more important for action on the challenge. Companies were taking a strategic approach to climate change and were taking action to seize commercial value from its effects. Many companies were using awareness to generate new revenue streams. 54 per cent indicated they were providing products and services to aid third parties in reducing their GHG emissions. Others were using it to build brand value and worked to gain competitive advantage by communicating their climate friendly practices and emission reduction actions. According to the report, 91 of the respondents reported 425 emission reduction activities.  This would imply that many companies were working at reducing operational expense.  The report went on to say that energy efficiency initiatives in operations and building services were among the most popular.

A third key finding was around regulations. This was seen as a risk as well as a potential opportunity. In big business the one thing that makes everyone nervous is uncertainty, however it is the one constant and it seems that the upcoming decade will belong to those that can best navigate and take advantage of uncertainty. This will pose a major challenge for many large companies that solely focus on superior disciplined processes. In yesterday’s world this was the ultimate strength, however in the 21st century, new perspectives are needed, as volatility around inputs and emerging competitive threats are the order of the day. Most companies perceived regulatory risks as a low to medium increase in operational costs, however more companies reported climate related opportunities for the second year in a row. 67 per cent reported regulatory opportunities suggesting that a climate restraint economy can bring benefits across a variety of business sectors.

The fourth key finding was that the majority of respondents are already integrating climate change into overall business strategy. 75 per cent of the Canadian companies that responded have integrated climate change into their strategies. This signals a commitment to long term, sustainable growth. Canada is ahead of its global counterparts as this compares with 68 per cent of the Global 500 respondents of the S&P 500.

With momentum building and the field of concerned companies starting to level out, many companies will have to move up the value chain as it relates to their carbon reduction efforts. Open innovation will play a key role here. Companies will have to source new ideas, new technologies as well as new models globally to continue to take advantage of the opportunities presented by carbon emission reduction. Companies that fall behind in this area risk being eliminated by the evolution of a redefined playing field.

After the first pass of changing light bulbs, using less air conditioning and recycling paper, it will come down to finding new innovations globally that will significantly reduce emissions, resource consumption, and explore new disruptive models that will generate significant growth opportunities. Momentum is starting to shift paradigms and preparedness will be a competitive necessity.