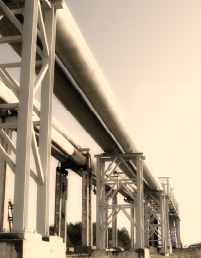 For over 15 years, Integra Technologies has operated as an independent, employee-owned company that serves multiple markets in North America, as well as offshore. From oil and gas projects to nuclear power plants, Integra gained a broad range of knowledge in engineering and focused its area of expertise on the resource energy-processing industry by providing reliable products. In the industry, these are referred to as critical bolted assembly products in the following areas of application:

How it all comes together

It is evident that there are literally thousands upon thousands of pipes that run for miles that transport fluids and gases. “In these piping systems, there are a myriad of very critical bolts and connections that link everything together; that’s where we come in,” explains Gordon Britton, director of business development. “We start in the production facilities follow the oil and gas products, right through the pipelines, sometimes sub-sea,” says Britton, adding the company just completed a project, in which flanges were used at 3,000 feet in the Gulf of Mexico.

For every large energy processing industry, its pipelines must be assembled and mechanically-bolted together. “We specialized in bolting and machining the world’s critical joints in the pipeline,” says Britton, adding it is also necessary to identify and prioritize those that are most important. At any given refinery, there are probably 50,000 flanges –an external or internal rib that connected pipes—that during maintenance need to be removed and put back together.

The company made a strategic decision to allow employees to become more invested in their work, quite literally. More specifically, employees are offered share ownership, profit sharing and education incentives for themselves and family members. “The difference between Integra and other companies is that our technicians care about the quality of service because they are also a part owner,” explains Wayne McCarver, who first joined Integra as a technician but worked his way up to Canadian General Manager. He also attributes the company’s success to the family-oriented work environment as well as the level of integrity in delivery of the company’s services.

There is the tendency for most companies to expand into a buffet of service areas. “Integra decided to concentrate on critical joints, which is our specialty. Our strategic approach is that every employee understands critical joints, or flanges, inside and out. We provide experts,” says McCarver.

Perhaps what is most unique about this firm is its ownership history. Going from public to privately-owned and operated by former employees, Integra was previously owned by a large multi-national company.

In the construction and piping industry, many workers are subjected to hazardous environments. Safety for workers is something Integra takes seriously. “The common saying among our employees is to leave in the same, safest shape as when they came into work,” says Britton. “And I think what makes us most unique in this area of our focus—being bolts and mechanical flanges—is that we get involved with everything related to that part, with the objective of having zero-accidents,” says Britton. One of the ways the company sets out to reach this goal is by promoting a high degree of personal responsibility and commitment to working as a team. Employees assume the best in each other and foster an atmosphere of trust by providing straight, direct and respectful feedback.

With the physics of having tens of thousands of bolts and flanges securing the pipes together, there is always the possibility of a dangerous leakage with corrosive fluids, as an example. This scenario could cause detrimental damage to the refinery’s reputation, causing an explosion or create a hazard to workers and ultimately, reducing productivity levels of that plant. “Our mission is to provide zero leaks,” reiterates Britton.

Experts in field deliver on time

Having a quality control process is critical to providing essential maintenance and support services for plant’s pipelines. When a plant is shut down for routine maintenance, Integra Technologies sets in to ensure the job is done safety but, most importantly, in a productive manner with zero delays. As an independent company that was once a part of another organization, the professionals who work at Integra have now acquired a great deal of knowledge in this area of specialty for almost 30 years. “We have developed quite a bit of expertise in the processes of how to deliver and to do most efficiently and safely,” says Britton proudly.
More specifically, the private, employee-owned company applied their experience and put eight crucial steps into a process called Flangetrak. This flange track, leak-prevention process was created to avoid performance problems, as well as to enhance productivity of the client’s pipeline.

Despite the economic difficulties these days, this knowledge-based company is experiencing an increase in its client base. These include multinational oil and gas companies such as, Petro Canada, Shell, Imperial Oil, ExxonMobil, Chevron, Dow Chemical and large power companies including Ontario Power Generation, Transalta, Duke Energy, to name a few. Gord Britton, Director, attributes part of this growth to the knowledge we gained in engineering and the emphasis placed on attention to detail “Back in the 1980s, we were part of Westinghouse Nuclear, a company that services the U.S. nuclear industry,” explains Britton. Having worked in the nuclear industry, you can appreciate how important quality control is and the need to follow documented procedures,” says Britton. “Our pedigree was further developed when we were part of a large industrial gasket company. During our early years we honed our skills in total flange maintenance and repair. That experience led us to become experts in sealing and leak prevention,” he explains.

Perhaps what is most unique about this firm is its ownership history. Going from public to privately-owned and operated by former employees, Integra was previously owned by a large multi-national company. In 1995, Britton, who oversaw the Canadian side, and his partner, Dean Bellmoff who was responsible for the American half, acquired the business from the parent company. “It’s kind of like a good old Remington commercial, I loved the shaver so much I bought the company,” he laughs. At that point, the two business partners offered shares to its employees. Integra Technologies has been an employee-owned company ever since.

Loyalty means a lot to the people who work at Integra. “Most of the employees started here at an early age, and stick with it. On average, employees stay with us for nine years or more; some have been here since the company’s inception,” tells McCarver. Having worked in a corporate environment, the private, employee-owned company clearly has its values reflected in its name –integrity in connecting things together with integral teamwork being the most important. “Integra Technologies also integrates processes, so we merged those words together.” 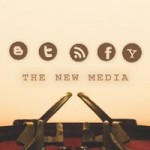