CBJ — An inter-office consensual affair has led to the resignation of Intel CEO Brian Krzanich. He joined the company in 1982 as an engineer.

In a statement released to the public, Intel said that the relationship breached a non-fraternization policy, which applies to all managers.

Chief Financial Officer Robert Swan will take over as interim CEO immediately while a search begins for a new CEO. 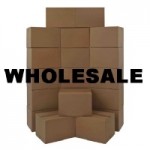