NOT FOR DISTRIBUTION OR DISSEMINATION IN THE UNITED STATES.  FAILURE TO COMPLY WITH THIS RESTRICTION MAY CONSTITUTE A VIOLATION OF UNITED STATES SECURITIES LAWS.CALGARY, Alberta and LONDON, March 06, 2020 (GLOBE NEWSWIRE) — INTERBIT LTD. (TSX Venture: IBIT) (the “Company”) announces that it has increased by 15% the maximum amount of its previously announced non-brokered private placement (the “Private Placement”) (see the Company’s February 18, 2020 press release), such that the proposed Private Placement shall now consist of a minimum of 6,666,666 common shares and a maximum of 11,500,000 common shares of the Company at a price of CAD$0.15 per share for minimum gross proceeds of CAD$1,000,000 and maximum gross proceeds of CAD$1,725,000.The Company’s decision to increase the size of the proposed Private Placement was as a result of the interest shown in this proposed financing and its position that it should consider all opportunities for funding given the current uncertainty and volatility in the markets.The net proceeds from the Private Placement will be used in connection with continued operations of the Company, payment of outstanding debts, examining what financial and strategic alternatives may be available to the Company and towards general and administrative expenses.Any securities issued in connection with the Private Placement are subject to a hold period of four months and one day from the closing of the Private Placement. The Private Placement is subject to certain conditions, including approval of the TSX Venture Exchange (the “TSXV”).The Company may pay a commission or finder’s fee to eligible parties in connection with the Private Placement, subject to the approval of the TSXV and compliance with applicable securities laws.ABOUT THE COMPANYThe Company owns proprietary technologies and is listed on the TSX Venture Exchange. For further information please contact:Brian Hinchcliffe, CEO
Phone: +1-914-815-2773
Email: investor@interbit.io
Website: www.interbit.ioThis press release is not an offer of the Company’s securities for sale in the United States. The Company’s securities may not be offered or sold in the United States absent registration or an available exemption from the registration requirements of the U.S. Securities Act of 1933, as amended (the “U.S. Securities Act”) and applicable U.S. state securities laws. The Company will not make any public offering of its securities in the United States.  The Company’s securities have not been and will not be registered under the U.S. Securities Act.This press release shall not constitute an offer to sell or the solicitation of an offer to buy, nor shall there be any sale of these securities, in any jurisdiction in which such offer, solicitation or sale would be unlawful.CAUTIONARY NOTE REGARDING FORWARD-LOOKING STATEMENTSCertain statements in this release are forward-looking statements, which include, the completion of the proposed Private Placement, the anticipated use of proceeds, the results of the strategic review being undertaken by the Company, the timing, development, launch and success of the Company’s technologies and products (including, without limitation, successful development and commercialization of the InterbitTM platform), timing of receipt of feedback in respect of patent application examinations, successful receipt of patents in connection with the Company’s patent applications, and other matters. Forward-looking statements consist of statements that are not purely historical, including any statements regarding beliefs, plans, expectations or intentions regarding the future. Such information can generally be identified by the use of forwarding-looking wording such as “may”, “expect”, “estimate”, “anticipate”, “intend”, “believe” and “continue” or the negative thereof or similar variations. Readers are cautioned not to place undue reliance on forward-looking statements, as there can be no assurance that the plans, intentions or expectations upon which they are based will occur. By their nature, forward-looking statements involve numerous assumptions, known and unknown risks and uncertainties, both general and specific, that contribute to the possibility that the predictions, estimates, forecasts, projections and other forward-looking statements will not occur. These assumptions, risks and uncertainties include, among other things, the state of the economy in general and capital markets in particular, the development of competitive technologies, the marketplace acceptance of the Company’s technologies and products, as well as those risk factors discussed or referred to in the Company’s annual Management’s Discussion and Analysis for the year ended December 31, 2018 available at www.sedar.com, many of which are beyond the control of the Company. Forward-looking statements contained in this press release are expressly qualified by this cautionary statement.The forward-looking statements contained in this press release are made as of the date of this press release.  Except as required by law, the Company disclaims any intention and assumes no obligation to update or revise any forward-looking statements, whether as a result of new information, future events or otherwise. Additionally, the Company undertakes no obligation to comment on the expectations of, or statements made by, third parties in respect of the matters discussed above.Neither the TSX Venture Exchange nor its Regulation Service Provider (as that term is defined in the policies of the TSX Venture Exchange) accepts responsibility for the adequacy or accuracy of this release.
CBJ Newsmakers 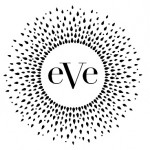 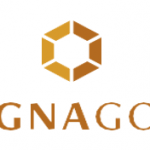 MAGNA GOLD CORP. ANNOUNCES ACQUISITION OF THE SAN FRANCISCO MINE AND PRIVATE PLACEMENT