Home | Features | March 17 | Is Your Business Ready for the Era of Global Risk?

Is Your Business Ready for the Era of Global Risk?

By Mark Borkowski and Boris Tsimerinov

The hottest global weather on record came in 2016. It brought a multitude of natural and man-made disasters and put cybersecurity squarely into public’s eye. This year was also marked by horrific terrorist acts. Global risk management is both a mature theme, as the World Economic Forum released its 11th annual Global Risk Report, and a topic receiving increased attention in the business community, with business interruption, cyber incidents and natural catastrophes ranking as three of the top four 2016 global business risks on the Allianz Risk Barometer.

To better understand how corporate executives and business owners can protect their organizations in this “era of global risk”, we spoke with the authors of “Global Risk Agility and Decision Making, Organizational Resilience in the Era of Man-Made Risk”, published in late 2016:

Dante Disparte is the founder and CEO of Risk Cooperative, a strategy, risk and capital management firm focused on mid-market opportunities, market expansion and innovation on a global scale. A graduate of Harvard Business School’s Program for Leadership Development, Mr. Disparte also holds a master’s degree in risk management from NYU’s Stern School of Business and a bachelor’s degree in international and intercultural studies from Goucher College.

Daniel Wagner is Managing Director of Risk Cooperative with three decades of experience managing cross border risk for such organizations as AIG, GE, the Asian Development Bank and World Bank Group. He has master’s degrees in international relations from the University of Chicago and in international business from Thunderbird. Mr. Wagner has published more than 500 articles on risk management and international affairs.

1. How did you come up with the topic of the Global Risk Agility and Decision Making (“GRADM”)?

Dante proposed that we write the book in the summer of 2015, and by November that year, it was finished, based on seamless and deliberate collaboration. We felt the book was important because too few decision makers and businesses have put sufficient thought, or devoted sufficient resources, to tackling man-made risks such as cyber risk, climate change, and terrorism. This is no longer something that is simply nice to have if circumstances and budgets permit, but rather an imperative for organizational resilience and survival in the 21st century.

2. If there was one thing you would want a reader to take away from the GRADM, what would it be?

That devoting organizational resources to battling man-made risks will not only prove to strengthen a firm’s ability to compete effectively in the global marketplace, it will demonstrate to consumers a keen awareness toward issues that matter to many of them. Today, consumers tend to reward companies that are seen to demonstrate a genuine orientation toward social awareness, doing the right thing, and earning their trust – which can also no longer be taken for granted.

3. What on your list of global risk issues is most likely to negatively impact the prosperity of developed nations and why? How does this change for developing economies?

Developed nations’ failure to take aggressive action toward managing climate change, combatting terrorism, and fighting cyber risk will have a cumulative impact that will become harder and harder to effectively address. Businesses must partner with governments in order to get the job done, because neither the private nor public sector has the ability to successfully manage these risks on their own. It is up to developed nations to take the lead and encourage developing nations to do the same.

Man-made risks are all the more challenging, and pose the most risk, for developing nations, which lack the resources to effective combat them. For example, one of the countries most imperiled by global warming in Bangladesh, which also happens to be one of the world’s poorest countries. Cyber risk often emanates from poor countries, where cyber thieves proliferate knowing they are in all likelihood outside the reach of security services, and where regulatory frameworks are likely to be the weakest. Where financial and security resources are limited and regulatory frameworks are weak or non-existent, the need for developed and developing nations to work in tandem to combat common enemies is the greatest.

4. What should owners of private businesses and boards of public companies consider in addressing the increased degree of global risk?

The best place to start is to create greater awareness of man-made risk in the context of global risk analysis. Too often, boards, and senior decision makers more generally, don’t know what questions they should be asking of each other, or necessarily where to obtain the right answers. The first step is to acknowledge that they may not have all the answers, particularly within the context of long-range planning. It is every global firm’s duty and obligation to develop their own ‘foreign policy’ with respect to operating in an international context. Of course, this also applies to operating domestically.

Those firms with high profiles and/or a lot of money (that may attract the attention of cyber criminals), that are located in flood prone areas, that operate in strategic sectors (that may attract the attention of nationalistic governments), or that function in areas of the world prone to terrorism, will either want to greatly strengthen their organizational resilience and risk management procedures, or may wish to consider getting into another line of business in another place. The intersection between man-made and natural risk can and will only grow with time, with increasingly profound potential implications. Businesses will never be outside the reach of controllable and uncontrollable risk – all they can do is attempt to manage them in a reasonable and effective fashion.

5. What were the biggest three unexpected key learnings or even surprises for you as global risk experts in doing the research for GRADM?

While we were pleased to learn that a variety of companies – such as Apple and Starbucks – became enlightened many years ago about the need to nurture a corporate social conscience and demonstrate that commitment in a very public manner, too many other firms have failed to even acknowledge the importance of doing so.

Some firms that consider themselves truly global in orientation tend to have a rather provincial and unsophisticated approach to risk management.

And many of the safeguards that have been put in place to protect against known risks such as terrorism have proven to be woefully inadequate, despite 15 years of fighting the global war on terror and the devotion of many billions of dollars toward that battle.

6. What other books and resources should individuals interested in global risk management read after GRADM? Where can readers further follow your research and writings?

There are a plethora of books that speak to the need to think differently about the world. Two good examples are Fareed Zakaria’s “Post American World” and Michael Auslin’s upcoming book The End of the Asian Century — both of which have something in common with “GRADM”, in that they promote the idea of turning the pyramid upside down and looking upon the world in a completely different way. That is an important part of what is required to be an agile risk manager in the 21st century.

Daniel’s previous book Managing Country Risk is an excellent primer on how to get a handle on meaningfully addressing the perils of cross-border risk, and some methodologies for assessing it. There is a repository of many of our published works — featured in the Harvard Business Review, Forbes, and the South China Morning Post, among many others — at our company website, www.riskcooperative.com. We are of course both also on social media with great frequency.

Global Risk Agility and Decision Making, Organizational Resilience in the Era of Man-Made Risk can be purchased at www.amazon.ca/Global-Risk-Agility-Decision-Making/dp/1349948594

Boris Tsimerinov is an investor with CIEL Capital. He is also a consultant to business owners and an independent sponsor with Semper8 Capital: www.linkedin.com/in/boristsimerinov 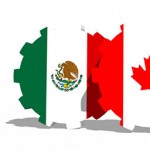 How To Persuade On Trade – Putting An Extra F In NAFTA 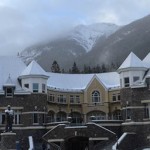