Is Canada Suffering From Dutch Disease? 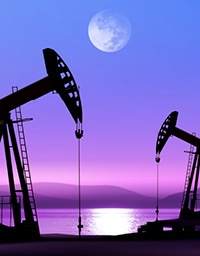 You may have read or heard that Canada is suffering from ‘Dutch disease’ and wondering what now. Dutch disease refers to the hypothesis that large windfall revenues from natural resources give rise to real exchange rate appreciation which, in turn, makes other export sectors less competitive in world markets. The term was coined in 1977 by The Economist after the Netherlands experienced a vast increase in wealth following the 1959 discovery of large natural gas deposits, which drove up the Dutch guilder wreaking havoc on the country’s traditional export-intensive manufacturing sector.

Canada has also experienced a resource boom, sparked by the sharp rise in commodity prices that began in 2002. Prices for both Brent (the benchmark for crude oil in Europe) and West Texas Intermediate (the benchmark for crude oil in North America) virtually quadrupled, from roughly US$25 per barrel in 2002 to US$95 per barrel in 2007. The price surge has been fueled by soaring demand from emerging-market economies. China’s appetite for raw materials – especially oil and many base metals – has been particularly voracious because of the country’s size and unprecedented industrial development.

Although higher metals prices also contributed to Canada’s resource boom, the rise in the price of oil has been particularly important. Canada has a rich endowment of energy resources. Extraction of Canadian oil was not generally commercially viable at a price below US$25 per barrel, but as the price rose above this level, commercial production became profitable. At higher prices ($35–$40 per barrel) extraction of oil from Canada’s oil sands also became feasible. This spurred substantial capital investment in the development of new and existing mines.

But is this Dutch Disease?

While it’s true that higher oil prices elevated the Canadian dollar, intensifying pressures on the export-oriented manufacturing sector, this is not evidence of Dutch disease. Other factors, beside oil, contributed to the dollar’s rise. In 2010, the Bank of Canada concluded that commodity prices, which are essentially shaped by global forces and are beyond Canada’s control and Canada’s relative better fiscal position explain more than 60 per cent of the appreciation in the Canadian dollar relative to the U.S. exchange rate between 2002 and 2007. Interest rate differentials matter in the short-run. Higher interest rates in Canada make Canadian-dollar denominated assets more attractive to foreign investors, boosting demand for the loonie, driving its value higher. Short-term capital flows also hoist the loonie’s value as international investors diversify into Canadian dollar assets to mitigate risk. The Canadian dollar has benefitted from both of these trends in recent years.

Similarly, the appreciation in the Canadian dollar is not solely responsible for the contraction in the manufacturing sector, nor is the sector’s decline unique to Canada. Across the industrialized world, the manufacturing sector’s share of output and employment has been falling for the better part of the past three decades. Possible causes include high rates of productivity growth relative to other sectors of the economy – which means firms can produce the same quantity of goods with fewer workers – relatively slow growth in demand for manufacturing products as demand for services is growing more rapidly, growth of manufacturing capacity in emerging-market economies, notably China, and loss of markets to imports.

What we are seeing is an economy undergoing fundamental and ongoing structural change and transformation brought on by the rapid integration of Asia, notably China, into the global economy. While oil flows into resource-hungry China, pushing up its price, China’s roaring factories ship relatively inexpensive manufactured goods to the rest of the world grabbing export share from its export competitors.

Since the turn of the millennium, Canada’s share of the world export market has dropped from 4.5 per cent to 2.5 per cent and our manufactured-goods export market share has been cut in half. Consistent with this drop, nearly half a million jobs have been lost in Canada’s manufacturing sector, more than half lost before the onset of the recession. Canadian exporters have lost one-quarter of their market share in the U.S. while China has more than doubled its market share, displacing Canada as the largest supplier of merchandise imports to the U.S.  While the large rise in China’s share is also affecting other nations, a number of countries have fared relatively better than Canada.

In a recent speech to the Greater Kitchener Chamber of Commerce, Bank of Canada Governor Mark Carney said that Canada’s poor export performance has less to do with competitiveness challenges stemming from the persistent strength of the Canadian dollar and lower productivity growth in Canada than the U.S., and more to do with market structure.

Driven by strong demand from emerging markets, oil and other commodity prices shot up dramatically between 2002 and 2007 – and again since 2009 – hastening a resource boom in Canada and helping to push the Canadian dollar higher. While it’s tempting to conclude that the strong loonie is solely responsible for the manufacturing sector’s steadily diminishing role in output and employment, there are other factors at play.

A complex transition is taking place in Canada’s economy, only part of which is driven by the resources boom and the high dollar. The transition is also driven by shifts in household spending patterns towards services, broader competitive pressures at home and in key export markets, and technological change.

This is not to suggest that we should ignore or downplay the difficulties experienced by the manufacturing sector, but neither should we claim a clear and strong causality between the resource boom, the Canadian dollar and the decline in manufacturing employment and output over the past decade.

As for the Netherlands, where the term ‘Dutch disease’ was originally applied, there have been very few systematic and long-term net adverse consequences of natural gas development on the manufacturing sector.