Is Your Company Going Bankrupt? 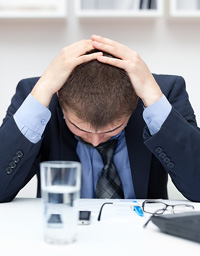 I spoke with Jeffrey Carhart, partner of the law firm Miller Thomson. He is a respected expert in the area of corporate Bankruptcy and Insolvency.

I asked him some questions and got some interesting answers.

You hear about certain different types of insolvency proceedings: Receivership, CCAA, and Bankruptcy….what are they and how are they different?

According to Carhart, perhaps the simplest way to consider the differences is to think about who is “in control” of the insolvent company?

“Generally speaking, the Companies’ Creditors Arrangement Act – or the “CCAA” – is the Canadian equivalent of Chapter 11 in the United States.  It is a system where the debtor itself can remain in control of its affairs under the supervision of the court and with the benefit of a stay of proceedings.  One of the unique features of the Canadian systems is that you have a Monitor who will fill a supervisory role.  You do not have Monitors under Chapter 11 although you have more in the way of Creditors’ Committees in Chapter 11.

There is still such a thing as a “private receivership” which is where a receiver is appointed under security – however today most receivership is done through the courts.

In your experience what kinds of people/corporations run into these issues? (Put another way: who do you act for?)

Carhart commented, “The answer really is “everybody.”  I have always said that no matter how “perfect” you may be as a company, it is almost impossible to avoid being affected by the insolvency process at some stage or another.  In my experience even the strongest companies will, for example, encounter a situation where one of their customers or one of their suppliers gets into trouble”.

How can a supplier respond to a customer who is getting into trouble – maybe a really important customer?

“Whenever possible a supplier should take security in unpaid inventory or equipment that the supplier is providing to a customer.  There are rules under the Personal Property Security Act legislation which will allow a supplier to take such security relatively easily and on the basis that it will “slot into first place” in terms of the specific inventory that it has provided.

Once the customer has slipped into some kind of formal insolvency proceeding the waters can get a little quicker and rougher but there may still be some positive scenarios.  For example, under the CCAA it may be possible that the debtor will designate a supplier as being a “critical supplier” and that may pave the way to getting pre-filing accounts receivable paid.  However, I don’t want to give the impression that being designated as a critical supplier is going to be a common thing – to the contrary, it will be relatively rare.

It is also very important to stay on top of these situations.  Most CCAA proceedings are really based around a sale process.  In other words, what tends to happen in most of these cases is that the business will get sold rather than reorganized.

In those situations the debtor may try to assign your supply contract and it is very important to stay on top of that process and to assert your rights – otherwise the contract may get assigned with our without your consent or participation in the process.

I also note that Canada has a remedy which allows unpaid suppliers to try to recover what are called “30 day goods” in a receivership or a bankruptcy situation – i.e., but not in a CCAA situation.  There are a number of picky requirements that have to be met but this remedy are available in certain circumstances and were introduced in the 1990’s.”

In your experience are there any “positive” opportunities which arise from the insolvency process?

In Carhart’s experience many business now change hands through the insolvency process.  You see this happening on a massive scale with large international companies like Nortel but it also happens constantly with respect to companies that are not household names.

Canadian business people should be alert to the possibility of acquiring the business of an insolvent competitor or just acquiring some market share generally through the insolvency process, but they also need to understand the process.  It is not the same as buying assets from a solvent company.  For example, generally speaking, you will be asked to buy the assets “as is / where is” and you will not be able to get long lists of representations and warranties.  Therefore you should take out all of your concerns through the price in the agreement.  These can be fast moving transactions but I have seen many businesses succeed after being transitioned in this way – it is just critical to understand the process and to negotiate an agreement appropriately.  Usually it will be a competitive process where the receiver or the trustee or the company in CCAA is going to be evaluating multiple offers along the same timeline.  Therefore, it is important to understand how to make your offer look the best while at the same time not giving away something that is critical for your protection.

Companies that are in insolvency usually “got there for a reason” and it is very important when you’re looking at investing in the acquisition of such a company that you understand what the problem is and that your offer to purchase or to invest is structured in a way where you do not get drawn into the problem.

It is also critical to carry out due diligence on all aspects of the business.  For example, in the last few years there has been a lot of surprising court decisions concerning employee related matters.  Some of those decisions have related to pension liabilities and obviously there are tremendous strains all over the world right now on both private and public pension plans.  The bottom line is that if you need to take on the employees to make the business successful it is vital to understand exactly what is and is not owing to the employees and how those arrangements can be moved over to a new go forward entity.

Among the lessons learned from Carhart, I learned, it is important to understand and stay on top of the bankruptcy process to avoid being hurt by it.

Mark Borkowski is president of Mercantile Mergers & Acquisitions Corporation. Mercantile specialize in the sale of privately owned mid market companies. He can be contacted at www.mercantilemergersacquisitions.com

Jeffrey Carhart is a Bankruptcy and Insolvency Partner of Miller Thomson based in Toronto. He can be contacted at www.millerthomson.com