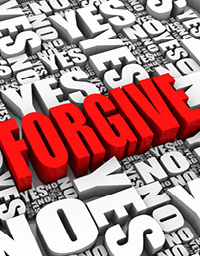 Yves Landry was the CEO of Chrysler Canada up until he died in 1998. A foundation has carried on his special work that follows his core belief. In short, Mr. Landry believed that Canada should:

“Forge an enlightened partnership between industry and education, train a world-class pool of skilled manufacturing workers, technicians, technologists and engineers, and secure technological advantage in a rapidly changing world.”

The Canadian business icon made a success of expanding a Canadian auto industry in his time. Yves Landry was a great Canadian with a heart of gold. He has made it a rule never to hold resentment against anyone.

A friend once reminded him of a cruel thing that had been done to Landry some years earlier, but seemed not to remember the incident.

“Do you not remember the wrong that was done to you?” the friend asked.

“No,” Landry answered calmly. “I distinctly remember forgetting that.”

You will never get ahead of anyone as long as you are trying to get even with them. Even if you do get even with someone, you have lowered yourself to their level.

A friend of mine gave me some advice on how to handle forgiveness. He suggested making a list of the grudges, anger and pain that weigh me down. Commit to releasing it once and for all. Take three deep breaths and ask for peace. Then burn the list. And smile. You’ve just lightened your load.

As Ralph Waldo Emerson said, “For every minute you remain angry, you give up 60 seconds of peace of mind.”

Forgiveness is the key to healing all relationships and leads to happiness. You’ll be grateful for the experience of forgiving someone. It ultimately makes you stronger. Forgiveness is something virtually all Canadians aspire to, as is witnessed by a nationwide Gallup poll that found 94 per cent of those surveyed said it was important to forgive.

I don’t think a single person can escape life without experiencing hurt caused by another person. That’s as true in business as every other time of life.

Everyone, and I mean everyone, messes up, hurts others, finds fault, misjudges and acts emotionally and improperly from time to time at the expense of people. Recognizing this, I’ll overlook an honest misunderstanding in the office, the vendor who blunders over prices and the occasional dumb mistake. And I know my character will strengthen when I have to work hard to forgive the deal makers who tried to cut me out of the deal, the bankers who wouldn’t lend me money during tough times and the sales representative who left me for a “sweeter” deal and then begged to return.

And when the day is done, and I cannot forgive them, I forget them.

These days, many people harbour hard feelings toward the companies that fired or laid them off or asked them to take pay cuts, reduced hours, additional responsibilities or some how interrupted their careers and lives.

What is the best course of action? How can you get past the anger and the bad feelings? Only one way that I know of – forgiveness. Forgive the company for falling on hard times and making tough choices, even if you disagree with them. Forgive the people who kept their jobs when you lost yours. Forgive the people who piled on extra work and focus instead on how you can help get the company functioning at its best. Forgive yourself for being in whatever position you find yourself. Accept that some things are just not in your control. And then forget it but not the lessons learned.

Carrying grudges can be a heavy load. Just the thought of past pains pulls your energy down. Forgiveness is how you free yourself. You release your anger.

You move forward. And you lighten up.

Forgiving what’s happened in the past allows you to focus on the future, which is the only place you have to go. Imagine your frame of mind going to your next business meeting with a chip on your shoulder. You’d have to be an Oscar contender not to hide your bitterness from a prospective client.

“Forgiveness is not an occasional act; it is a permanent attitude,” said Martin Luther King Jr. “Forgiveness does not mean ignoring what has been done or putting a false label on an evil act. It means that the evil act no longer remains as a barrier to the relationship.”

By: Mark Borkowski is president of Mercantile Mergers & Acquisitions Corporation. Mercantile works with company owners that are interested in selling their companies to large international strategic or private equity buyers or partners.

The Yves Landry Foundation can be contacted at www.yveslandryfoundation.com