CBJ – Jaguar Land Rover’s luxury Jaguar brand has announce plans to be completely electric-powered within four years. It’s all part of the auto industry’s move to be energy efficient and to also develop zero-emissions vehicles that will help preserve the environment.

Land Rover will launch six pure electric models over the next five years, with the first one coming in 2024 and the others expected to be ready by 2025.

Tata Motors of India is the parent company of JLR and saw its stock go up by more than 3% following the news.

JLR is also investing in developing hydrogen fuel cells in anticipation of a future shift to hydrogen to power vehicles.

Other carmakers are also making the move to electric and/or autonomous vehicles.  Bentley Motors, owned by Germany’s Volkswagen, says its model range will be fully electric by 2030, and General Motors has a target of 2035 to have a complete zero-emissions new vehicle inventory.

Further emphasizing the requirement for automakers to make the move to more environmentally-friendly vehicles is that some countries have already announced plans to ban fossil-fuel vehicles. 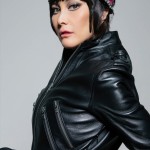 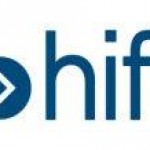