KITCHENER, Ontario, Oct. 09, 2019 (GLOBE NEWSWIRE) — James E. Wagner Cultivation Corporation (“JWC” or the “Corporation”) (TSX VENTURE: JWCA; OTCQX: JWCAF), is pleased to announce that is has completed its inaugural harvest in flowering room G2 of its flagship facility located at 530 Manitou Drive in Kitchener, Ontario (“JWC2”). Flowering room G2 is one of two rooms in what JWC has designated as “G Pod”, each of which rooms consists of approximately 5,500 square feet of flowering space. The Corporation had previously received a licence amendment from Health Canada on July 2, 2019, allowing it to cultivate cannabis in these rooms.
In the last week of the Corporation’s fiscal fourth quarter ending September 30, 2019, cannabis was harvested from the approximately 5,500 square feet of space in flowering room G2. The room was promptly refilled within three days of the harvest, with cannabis plants ready to commence flowering.  The room is now operating on a regular production schedule and is capable of producing six or more crop cycles per year, depending on the combination of strains being harvested from that room. Over the course of September, JWC harvested approximately 13,500 square feet of flowering space. It is anticipated that the harvests that occurred during September will collectively yield in excess of 300 kg of cannabis, being the most ever harvested by JWC in a calendar month.  “September’s harvest was a tremendous achievement by our grow teams which have done an amazing job bringing G2 up to full production over a short period of time…” commented JWC president and CEO, Nathan Woodworth. “Given our growing reputation for producing clean and consistent cannabis, demand for our superior products continues to exceed our production capacity despite the record harvests. This demand has set the stage for rapid revenue growth and profitability over the coming quarters, including a record finish to fiscal 2019.”About James E. Wagner Cultivation CorporationJWC’s wholly owned subsidiary is a Licensed Producer under the Cannabis Regulations, formerly the Access to Cannabis for Medical Purposes Regulations (“ACMPR”), focused on producing clean, consistent cannabis. The Corporation’s proprietary Dual Droplet™ technology and GrowthSTORM™ aeroponic platform allows for unmatched consistency of quality and potency in its products. JWC began as a family-operated collective of patients and growers, and has remained dedicated to producing the highest quality and most consistent cannabis for medical and recreational use. To learn more, visit www.jwc.ca.For additional information about JWC, please refer to JWC’s profile on SEDAR (www.sedar.com) or the Corporation’s website: www.jwc.ca  Notice regarding forward-looking statements:This press release contains statements including forward-looking information for purposes of applicable securities laws (“forward-looking statements”) about JWC and its business and operations which include, among other things, statements regarding the use of and production from its growing facility, the expected yield of cannabis harvested by JWC and the demand for and availability of product for sale. The forward-looking statements can be identified by the use of such words as “will”, “expected”, “approximately”, “may”, “could”, “would” or similar words and phrases. Forward-looking statements involve known and unknown risks, uncertainties and other factors which may cause the actual results to differ materially from those implied in the forward-looking statements. For example, risks include risks regarding the cannabis industry, economic factors, the equity markets generally, building permit related risks and risks associated with growth and competition as well as the risks identified in the Corporation’s Filing Statement available under the Corporation’s profile at www.sedar.com. Although JWC has attempted to identify important factors that could cause actual actions, events or results to differ materially from those described in forward-looking statements, there may be other factors that cause actions, events or results to differ from those anticipated, estimated or intended. Readers are cautioned not to place undue reliance on these forward-looking statements, which speak only as of the date of this press release and are based on current assumptions which management believes to be reasonable. The Corporation disclaims any intention or obligation, except to the extent required by law, to update or revise any forward-looking statements, whether as a result of new information, future events or otherwise.Neither the TSX Venture Exchange nor its Regulation Services Provider (as that term is defined in the policies of the TSX Venture Exchange) accepts responsibility for the adequacy or accuracy of this release.For more information about this release, please contactNathan Woodworth, President & CEO of JWC
Email: nathan@jwc.ca
Phone: (519) 594-0144 x421ORInvestor Relations
Jonathan Leuchs, CMA
Email: jwca@cma.team
Phone: (949) 432-7566
CBJ Newsmakers 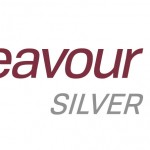 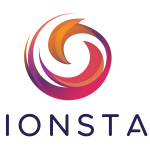