James E. Wagner Cultivation Positioned to be the First to Launch Kief Products into PEI

KITCHENER, Ontario, March 16, 2020 (GLOBE NEWSWIRE) — James E. Wagner Cultivation Corporation (“JWC” or the “Corporation”) (TSX: JWCA.V; OTCQX: JWCAF) is pleased to announce that it is positioned to be the first Licensed Producer to sell Kief in the province of Prince Edward Island (“PEI”). JWC received its first purchase order from the PEI Cannabis Management Corporation, operating under the branded name PEI Cannabis, for two of the Corporation’s Kief products. This agreement marks the launch of JWC’s products for sale in the PEI adult-use cannabis market via the PEI Cannabis online store, the province’s cannabis retail platform.
JWC is prepared to fulfill this initial purchase order early next week. PEI Cannabis is prepared to have the product available via their online store and to the four provincial locations within the following two weeks. Broadening their market reach
In receiving this purchase order from PEI Cannabis, the Corporation takes another key step forward in meeting its goal to expand its market reach nationally. As announced in its press release dated November 20, 2019, JWC is also working with Kindred Partners Inc. (“Kindred”) to offer products for sale in Saskatchewan and Newfoundland and Labrador. Kindred is a specialty brokerage and services company for cannabis products.A versatile extract product
JWC Kief is a live extract made using freshly harvested cannabis material from one cultivar. This ensures that each Kief product is representative of the specific cultivar’s unique terpene and cannabinoid profile, and that the finished product is an authentic representation of that cultivar. Noted for its versatility, kief can be used as an adjunct ingredient in the preparation of cannabis for smoking/vaporization or decarbed for ingestion.JWC Kief will be available via PEI Cannabis in 1.0 and 2.0 gram formats in the following cultivars:Critical Mass Kush GE Kief: A balanced 2:1 CBD:THC strain, it offers a unique, slightly sour and earthy aroma with dominant notes of peppery pine.
Hash Plant GE Kief: A THC dominant strain, it delivers a sharp, woody fragrance with a hint of sweetness.“Our Kief product showcases the benefits of our aeroponic cultivation techniques,” says Nathan Woodworth, JWC President and CEO. “JWC products are known for the consistency in their terpene profiles, and we attribute this success to our proprietary GrowthSTORMTM system. By using a live extraction process to create our Kief, we’re able to capture the unique characteristics and features of our cultivars. The crystalline texture is tacky to the touch, indicative of the moisture content and rich resins captured from the trichomes. PEI is a new market for us, and this product is a great representation of our Corporation’s high standards.”On-site production
From cultivation and harvesting to packaging and processing, JWC Kief is produced on-site at the Corporation’s licensed facility, located at 855 Trillium Drive, in Kitchener, Ontario. Each of JWC’s cultivars are grown exclusively using its GrowthSTORM™ aeroponic technology, recognized for producing clean, consistent cannabis.About James E. Wagner Cultivation Corporation
James E. Wagner Cultivation Corporation’s wholly owned subsidiary is a Licensed Producer under the Cannabis Regulations, formerly the Access to Cannabis for Medical Purposes Regulations (“ACMPR“). JWC is a premium cannabis brand, focusing on producing clean, consistent cannabis using an advanced and proprietary aeroponic platform named GrowthSTORM™. JWC began as a collective of patients and growers under the Marihuana Medical Access Regulations (the precursor to ACMPR). Since its inception, JWC has remained focused on providing the best possible patient experience. JWC is a family-founded company with deep roots planted in the local community. JWC’s operations are based in Kitchener, Ontario. Learn more at www.jwc.ca. For additional information about JWC, please refer to JWC’s profile on SEDAR (www.sedar.com) or the Corporation’s website: www.jwc.ca.Neither the TSX Venture Exchange nor its Regulation Services Provider (as that term is defined in the policies of the TSX Venture Exchange) accepts responsibility for the adequacy or accuracy of this release.JWC Company Contact
Nathan Woodworth, President & CEO of JWC
(519) 594-0144 x 421
nathan@jwc.caInvestor Relations
Jonathan Leuchs
CMA
(949) 432-7758
JWCA@cma.team
CBJ Newsmakers 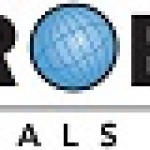