CBJ — The economy added 54,000 jobs in September, bringing the nation’s unemployment rate down to 5.5% from 5.7% with most of the gains coming in full-time work.

According to figures released by Statistics Canada there are 456,000 more jobs in Canada than a year ago, bringing total employment up 2.4%.

The rate of employment grew in Ontario and Nova Scotia, but held steady in the rest of the country. Growth was evenly split between men and women of core working age between 24 and 54.

Employment in health care and social assistance accounted for 30,000 of the new jobs. Year over year, employment in this sector has grown by 108,000.

There were also notable gains in accommodation and food services, which grew by 23,000 jobs last month.

Most of the growth was concentrated in Ontario, where there were 41,000 new, mostly full-time jobs last month, bringing the unemployment rate down to 5.3%.

In Nova Scotia, employment grew by 3,200 jobs, bringing the higher-than-average unemployment rate to 7.2%.

Employment was little changed in other provinces. 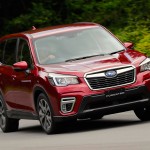 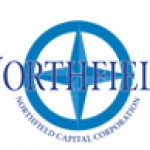