However, despite the rebound it still leaves Canada with 1.3 million fewer jobs than it had in February, just prior to the global pandemic unleashing its health and economic chaos and subsequent lockdowns.

According to figures released by Statistics Canada the jobless rate was down 1.4% for the second month in a row following a record high of 13.7% in May.

The Ottawa-based data agency reports that 345,000 of the new jobs added in July were part-time. Only 73,000 were new full-time positions.

The other provinces also reported employment gains, but they were notably smaller compared with the largest four provinces. 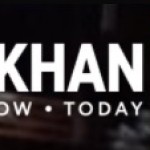