TORONTO, March 26, 2021 (GLOBE NEWSWIRE) — GameSquare Esports Inc. (CSE: GSQ; FRA: 29Q1) (“GameSquare”, “GameSquare Esports” or the “Company”), an international gaming and esports company, is pleased to announce that Jordan Belfort, the “Wolf of Wall Street”, has agreed to join GameSquare Esports’ advisory board. Mr. Belfort is renowned by many for building the most successful sales organization in Wall Street history, is an author of three best-selling books, and is the founder of Straight Line Hiring. Mr. Belfort is a frequent guest on major television networks, has more than 4 million social followers growing by 19% month-over-month, and reaches more than 1 million people monthly through his podcast, his YouTube page, and his personal email list. GameSquare management intends to leverage Mr. Belfort’s expansive social reach and extensive business network to enhance awareness of GameSquare Esports within the investment community and, more broadly, the business community. The partnership with Mr. Belfort is part of an influencer campaign which GameSquare intends to deploy throughout the coming months to amplify positive news expected from the Gaming Community Network (“GCN”) in the USA and Code Red Esports (“Code Red”) in the UK.

“Esports is a new form of entertainment that doesn’t follow the rules of traditional media and entertainment,” said Justin Kenna, CEO of GameSquare Esports. “Throughout his career Jordan has challenged the status quo, has recognized opportunities that others have overlooked, and has been a voice that people listen to. The Wolf of Wall Street film made Jordan a household name, but it is his insights and commitment to success and hard work that keep him relevant in an ever-changing world. Jordan has identified esports as a game changer in entertainment and investing and we could not be happier that he has chosen GameSquare as a company that he has dug into and agreed to support.”

“Esports is incredibly exciting and GameSquare is focusing on a part of the business that is sustainable and profitable,” noted Jordan Belfort. “I like businesses with solid fundamentals which include access to big markets and strong management. Having spent time with Justin, I see in him someone that has great experience in esports from his time at FaZe Clan and a solid accounting background as well as a fierce competitor from his days playing football in Australia; the guy is a triple threat and I like that in my business partners. I look forward to using my extensive network to elevate the visibility of GameSquare Esports.”

Mr. Belfort featured Justin Kenna on his podcast which reaches more than 180,000 people. During their conversation, which is available at The Wolf’s Den on YouTube, they discussed the world of esports, GameSquare Esports, and the video game industry. Jordan was recently featured in The New York Times, Fox News, Sky News Australia and Yahoo! Finance.

GameSquare Esports Inc. is an international gaming and esports company headquartered in Toronto, Canada. The Company is seeking to acquire additional assets and entities serving the gaming and esports markets and, more broadly, in sports and entertainment. GameSquare’s acquisition of Code Red, an esports talent agency, provided an initial foothold in Europe through its UK operations. Code Red represents leading on-screen talent, players and influencers and works with leading global brands to develop influencer campaigns and esports marketing strategies. The Company’s second acquisition of Reciprocity Corp. provides access to Asia, Latin America and North America. Its gaming and esports assets include: a CrossFire franchise in China that it owns with its partner LGD Gaming, a 40% interest in a League of Legends team that competes in Latin America, and, its wholly owned subsidiary corporation, GCN, a digital media company focusing on the gaming and esports audience based in Los Angeles, USA. 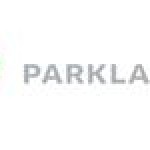 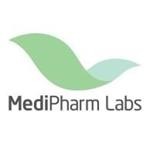