Recommended Exploration:A high-resolution geophysical electromagnetic (EM) survey is recommended to trace the known surface polymetallic mineralization to depth to delineate drill targets.Detailed mapping, grid geochemical sampling and analysis, prospecting of the rhyolite and surrounding units and petrographic analyses rocks within the gossanous zone and the associated alteration is recommended to establish the orientation and size of the system in preparation for drilling.  The Gold Crest property was generated and staked by the DSM Syndicate in 2017, following positive results from a brief reconnaissance exploration program.  A limited follow-up program in 2018 and 2019 was carried out to systematically prospect the other unexplored regions of the claim block and expand on the 2017 mineralized zones. During the brief field program, a total of 60 samples (23 channels, 20 chips, and 17 grabs) were collected from the Cadillac Trend with highlights including a 1 m chip sample that assayed 56.1 g/t Au and 124 g/t Ag with other  grab samples containing up to 1.29% Cu, 0.044% Pb and 0.072% Zn. This resulted in the expansion of the Cadillac Trend from 750m x 100m to 850m x 190m, and it remains open.The Gold Crest claims are underlain by a sequence of altered intermediate to mafic metavolcanic units (primarily volcaniclastics), characterizing the regional Early Cretaceous Monarch Assemblage (tholeiitic andesite to basaltic andesite with basalt) with inter-formational clastic metasediments. The Monarch assemblage is crosscut by both the Early Cretaceous Desire Plutonic suite and the Late Cretaceous Four Mile Plutonic suite. Mineralization defining the Cadillac Trend is associated with extensive silica, sericite, and chlorite alteration of metavolcanics and clastic sediments producing a large gossanous zone. Within this zone is a silicified pseudo-breccia (pillow-breccia?), which may reflect a feeder pipe-like feature. Hrudey et al., 2002* also document intrusive bodies forming pipe-like shapes in the region.The Cadillac trend contains Au-Ag, Ag-Au-As, and Ag-Au-Cu mineralization that is hosted in pillow basalts and columnar basalts. At surface, mineralization is concentrated in inter-pillow and inter-column selvages and consists of fine grained, semi-massive to massive sulfides including pyrite, chalcopyrite and sphalerite.Extensive regions of snowpack and glacial recession on the Goldcrest property provide large underexplored areas with strong additional VMS discovery potential. Follow up work will focus on expanding the known extent of mineralization at the Cadillac Trend, which will include detailed mapping, prospecting, geochemical sampling, drone imaging, channel sampling, and geophysical surveys in preparation for drilling. The property is in an alpine environment with excellent bedrock exposure and is in close proximity to logging roads, and good access to nearby infrastructure.Qualified PersonRein Turna, P. Geo, is the qualified person as defined by National Instrument 43- 101, for Juggernaut Exploration projects, and supervised the preparation of, and has reviewed and approved, the technical information in this release.OtherAll rock, channel and talus fine samples were crushed and pulverized at ALS Canada Ltd.’s lab in Vancouver, BC. ALS is either Certified to ISO 9001:2008 or Accredited to ISO 17025:2005 in all of its locations. The resulting sample pulps were analyzed for gold by fire assay in Vancouver, BC. The pulps were also assayed using multi-element aqua regia digestion at ALS Canada Ltd.’s lab in Vancouver, BC. The coarse reject portions of the rock samples, as well as the pulps, were shipped to DSM Syndicate’s storage facility in Terrace, BC. All samples were analyzed using ALS Canada Ltd.’s assay procedure ME-ICP41, a 1:1:1 aqua regia digestion with inductively-coupled plasma atomic emission spectrometry (ICP-AES) or inductively-coupled plasma mass spectrometry (ICP-MS) finish for 35 elements as well as the Au-AA24 lead collection fire assay fusion procedure with atomic absorption spectroscopy (AAS) finish. Any results greater than 100 ppm for silver or 10,000 ppm copper, lead and zinc were additionally assayed using ALS’s OG46 method particular to each element. This method used an HNO3-HCl digestion followed by ICP-AES (or titrimetric and gravimetric analysis). Gold values of greater than 10 ppm Au were assayed by the Au-GRA22 method which includes a fire-assay fusion procedure with a gravimetric finish. QA/QC samples including blanks, standards, and duplicate samples were inserted regularly into the sample sequence.The reader is cautioned that grab samples are spot samples which are typically, but not exclusively, constrained to mineralization. Grab samples are selective in nature and collected to determine the presence or absence of mineralization and are not intended to be representative of the material sampled.For more information please contact:
Juggernaut Exploration Ltd.
Mr. Dan Stuart
President and Chief Executive Officer
Website: www.juggernautexploration.comNEITHER THE TSX VENTURE EXCHANGE NOR ITS REGULATION SERVICES PROVIDER (AS THAT TERM IS DEFINED IN THE POLICIES OF THE TSX VENTURE EXCHANGE) ACCEPTS RESPONSIBILITY FOR THE ADEQUACY OR ACCURACY OF THIS RELEASE.FORWARD LOOKING STATEMENT
Certain disclosure in this release may constitute forward-looking statements that are subject to numerous risks and uncertainties relating to Juggernaut’s operations that may cause future results to differ materially from those expressed or implied by those forward-looking statements, including its ability to complete the contemplated private placement. Readers are cautioned not to place undue reliance on these statements. NOT FOR DISSEMINATION IN THE UNITED STATES OR TO U.S. PERSONS OR FOR DISTRIBUTION TO U.S. NEWSWIRE SERVICES. THIS PRESS RELEASE DOES NOT CONSTITUTE AN OFFER TO SELL OR AN INVITATION TO PURCHASE ANY SECURITIES DESCRIBED IN IT.*Hrudey et al., 2002: Plutonic rocks of the eastern Bella Coola map area, southwest British Columbia. Geological Survey of Canada Current Research 2002 A-9.
CBJ Newsmakers 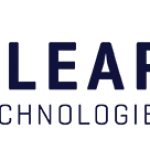 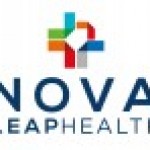