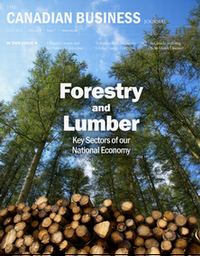 After att ending a business luncheon at the Toronto Board of Trade where the guest speaker was Enbridge President Al Monaco, I pondered how the next few years will be so vital for the natural resources industry, and by extension our national economic well-being. Canada’s vast reserves are amongst the richest in the world, but a litany of legal, philosophical, ethical, procedural and logistical wrangling stands to make for difficult times if some form of compromise isn’t achieved.

We all want to preserve our land and protect the natural habitat, allowing humans and other life forms to reap the wonderful environmental rewards this great country has to offer. But we also need to live in the here and now. As example, it’s unrealistic for millions of Canadians to stop driving their vehicles or that the transportation of goods and services via land, air and sea is going to grind to halt. Call it a necessary evil if you will, but we are dependent on oil and gas. The smattering of electric automobiles currently on the market might travel 100 kilometres – in ideal situations – before needing a re-charge, and also come with a price-tag not likely to be met with overwhelming enthusiasm by the average consumer, given they are still very much in the beta, guinea-pig stage of development.

Yes, there are serious pollution issues with oil and gas – greenhouse gas emissions, carbon footprints and water contamination that factor into the equation when dealing with accessing and distributing these natural resources. But it’s only fair to acknowledge that many industrial companies have made a conscientious effort to cut pollution, with billions of dollars invested in new facilities, equipment and research and development, seeking out more efficient clean technologies; and progress continues to be made. This is a global initiative and one that Canada takes very seriously.

Some people have said they will never accept new projects such as the Enbridge Northern Gateway Pipeline and have made their unwavering views known to the public – which is their right. But the word “never” doesn’t leave much room for dialogue and possible compromise. Seldom, if ever, does one side get 100 per cent of what it seeks. It would also be extremely helpful if these individuals and/or groups were able to suggest viable alternatives – the key word being “viable” – rather than simply saying “no” to most anything being planned and developed through available technology.

Without traditional sources of energy, life as we know it could not exist. Balanced dialogue and flexibility on forward approach is essential. It would be a tremendous start if we can all at least say “yes” to that, and see where it goes from there. 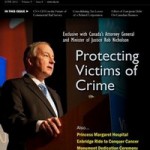 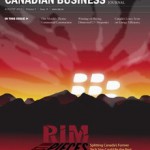