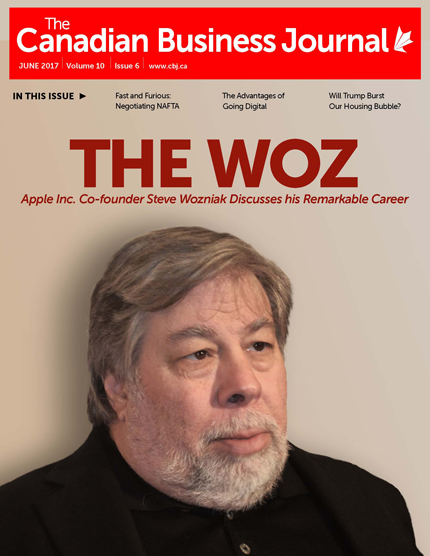 An opportunity to shake hands and speak directly with the man who created the very first personal computer and get an insight into his mind doesn’t happen every day, but I had such occasion recently when Apple Inc. co-founder Steve Wozniak, aka The Woz, appeared for a keynote address at Toronto’s Four Seasons Hotel in an event sponsored by Audi Canada. In speaking directly to The Woz I could easily see that he remains as boyishly enthusiastic about engineering and technology now as he did 40 years ago. It’s our cover story this month.

Interest rates. A topic few want to address. The Bank of Canada is caught in a no-win situation. Without a rate hike inflation targets won’t be met and the value of the Canadian dollar will decline further. However, raising the prime rate by just 1% could have catastrophic consequences to the housing market. In a survey of home mortgage holders, nearly seven in 10 respondents said they could not absorb a 1% increase in their monthly interest payments. There’s no doubt that Canada is caught in a huge housing bubble. It’s now just a matter of how big an economic ‘splat’ it makes when it finally bursts.

Minimum wage in Ontario will be hiked to $14 an hour as of January, 2018 and it will move to $15 as of January, 2019. How much this will affect small business is really anybody’s guess. The concern is that all the added taxation will put many small enterprises out of business. However, those that dispute such claims say there will undoubtedly be higher inflation but that the employment rate won’t be impacted and there are statistics from other regions to back that up. If nothing else, it’s sure to land the governing Liberals more than a few votes in next year’s provincial election.

Canada’s trade deficit narrowed sharply to just $135 million in March as exports surged to a new high on shipments of energy products, an early sign the first quarter ended strongly. The value of exports also went up, which is good news.

Did you know?… There were originally three equal partners at Apple Inc. Steve Wozniak and the late Steve Jobs are famous worldwide, but give yourself a pat on the back if you knew that angel investor Mike Markkula rounded out the triumvirate. He was also Apple’s second CEO. 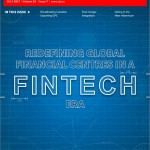