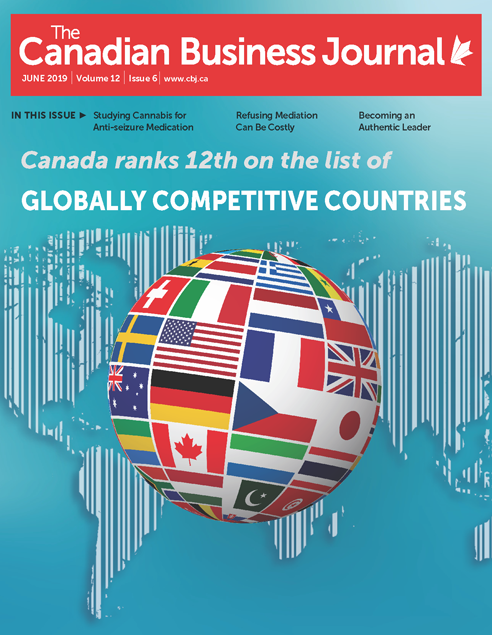 Competition in global economics has never been so fierce and it’s going to continue to intensify with each passing day. This year Canada ranks 12th in the annual Global Competitiveness Report released by the World Economic Forum. In many aspects that is a fine result, and represents a climb of two spots from last year. But a number of financial experts say the results are underwhelming and that Canada should rank higher. Our cover story this month takes a look at the report, how it comes to its analytical ranking and what must change for this country to move further up the international economic ladder in future.

Simon Fraser University released a report that indicates the country’s clean-energy sector is growing faster than the economy as a whole and is rivalling some of the more well-known industries for jobs. Clean Energy Canada, a think-tank at the B.C. school, has released a study it commissioned to try to encapsulate the background of an industry that it feels nobody knows much about but that is critically important to the future both in terms of climate change and the economy. About 300,000 Canadians were directly employed in clean energy in 2017, nearly 100,000 more than Statistics Canada data said worked in mining, quarrying, and oiland-gas extraction. There are 7.5 times as many people working in clean energy as in forestry and logging.

Air Canada has offered $520 million to acquire Air Transat. The acquisition would help in developing Air Canada Vacations, which competes with Transat, WestJet and others in the leisure travel market. The concern for travelers is whether or not the acquisition would leave Air Transat intact as a vacation airline with great deals. Transat offers vacation packages, hotel stays and air travel under the Transat and Air Transat brands, with a primary focus on the transatlantic market during the summer and sun destinations through the winter.

Ontario’s provincial government is willing to listen to proposals for a renovated Ontario Place on Toronto’s waterfront, including such things as sports, retail and tourism venues, but the government has completely ruled out the possibility of a casino or residential developments. The non-starter on a casino will come as welcome news to Niagara Fallsview Casino and Casino Niagara, which pull in a sizable amount of revenue from visitors making trips from the Greater Toronto Area.

Did you know?… Casino and lottery revenues in Ontario totaled about $7.7 billion in 2018, accounting for almost 45% of the national total. 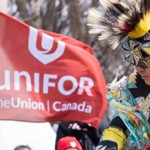 UNIFOR: Supporting workers and communities across Canada
Osisko Mining Inc. Ceases to be an Insider of Canadian Orebodies Inc.