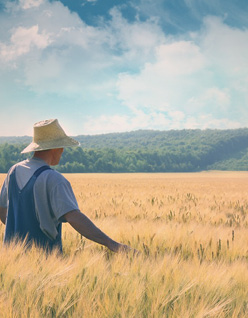 Canadian explorer Karnalyte Resources is developing a massive carnallite resource in Saskatchewan in hope of becoming a leading low-cost producer of low-sodium potash.

These days, it seems the best ore deposits are those that have been mistakenly overlooked for decades previously. The 85,126-acre Wynyard Carnallite Project belonging to Karnalyte Resources Inc. (TSX: KRN) is a perfect example of this. Located just half a kilometre south of Highway 16, near the town of Wynyard in Saskatchewan, the property is easily accessible and contains a massive, uniform ore body of potassium-containing minerals carnallite and sylvinite, with a high grade of potassium chloride (KCl). Yet up until 2008, it had barely been touched.

Karnalyte Director Robin Phinney first came across an assay for the property in 1984, while working for another potash company. “I asked the company’s underground experts about it and they said, ‘we avoid carnallite like the plague in the potash industry’, so I left it alone,” he recalls.

“But for years afterwards it bothered me, and I always said to myself that I’d go back and have a second look, just to see if there was anything there. That second look happened about five years ago – I was finishing a project in concrete and thought I’d look there for magnesium. It was the property no one wanted; BHP and the rest had every other bit of Saskatchewan covered. So I put in my application and, low and behold, I got it.”

Although Phinney set out in search of magnesium, that changed when he researched the property’s history further and found two drill cores from it from the 1950s. To his surprise, these were completely intact, having never been assayed properly. “I was shocked that the geologists of the time hadn’t looked at it,” he remarks. “Because when I saw the core samples, I saw that the ore body was all one continuous mineralogy arrangement, which is kind of spectacular.”

He confirmed his observations with a 3D seismic study and confirmed that it was a large, continuous ore body, with a grade of 18-20 per cent KCl as a wet assay, or in excess of 30 per cent KCl as a dry assay. “That’s when I celebrated, because that’s when it became really, really significant as a very big and uniform ore body with a high grade, which would make it very easy to extract with solution mining and very easy to make a high-grade concentrate from.”

Thus Karnalyte Resources was born, and on 14 December 2010 made its debut on the Toronto Stock Exchange.

The Wynyard Carnallite Project is now well on its way to realisation, having completed its Environmental Impact Assessment and entered the construction permitting process.

Two of the water wells are confirmed and Phinney says there is more than enough water available for the entire project. “We have all the permits, all the approvals, everything’s confirmed with the Saskatchewan Government; we’re pretty much ready to go in every aspect,” he remarks.

The Bankable Feasibility Study, which covers only the first 20 per cent of the total property, confirms 155 million tonnes or Proven and Probable reserves – enough to support a 70-year mine life. Initial production would be 625,000 tonnes per annum, which would ramp up within five to six years to 2.125 million tonnes per annum. Phase 1 would require C$626 million capital expenditure (capex) and have an operating cost (opex) of $129 per tonne, while Phase 2 would require approximately $2 billion capex and $125 per tonne opex. The after-tax Net Present Value (NPV) of the potash mine is $1.7 billion at a discount rate of 10 per cent, and the after-tax Internal Rate of Return (IRR) 21.4 per cent.

The particular location and geology of the property has given the Wynyard Carnallite project comparably advantageous economics. As well as being half a kilometre from a major highway, the project is just 2km from the main railway and also on Saskatchewan’s main power corridor. The only infrastructure Karnalyte needs to upgrade is the existing gas pipeline.

In terms of geology, Phinney explains that Karnalyte will be able to extract its KCl easier and cheaper than potash miners who have sylvite ore bodies.

“We can set our wells up to run continuously for seven years,” he begins. “Typically if you’re trying to do this in a sylvite ore body – the way our competitors will be doing it – the sodium dissolves first. So they have to apply cold water to dissolve the sodium first, then after about 18 months they apply hot water in order to extract the KCL.

“In our case, our ore body delivers continuously at whatever temperature we want to set,” he continues. “That gives us quite the advantage, because it comes to only a quarter of the standard cost.”

Karnalyte plans to utilise the latest technology available to develop the Wynyard Carnallite project, including some methods pioneered and patented by Phinney himself. The processing facility will be able to produce round pellets of 97% KCl minimum, compared with the industry-standard granular, compacting material of 95.5 per cent KCl minimum. Karnalyte’s pellets will be less than 1 per cent sodium, compared with the standard 3.5-5 per cent, and this low sodium percentage should benefit crop yields.

“Our little round pellets are the same size and density as the nitrogen and phosphate blends they will be mixed with, so they’re absolutely perfect for blending,” Phinney elaborates. “The pellets can handle storage and high-humidity warehouses very well. Our main objective is to have the highest quality, most durable product, at a price that customers would like to buy it for.”

One customer is already confirmed, thanks to the off-take agreement Karnalyte signed in January 2013 with Gujarat State Fertilizers & Chemicals (GSFC). This Indian fertiliser manufacturer bought a 19.98 per cent interest in Karnalyte for $45 million, in a deal that includes a take-or-pay off-take for 350,000 tonnes of Phase 1 production, and 250,000 tonnes annually of Phase 2 production. There remains a further 775,000 tonnes annually from Phases 1 and 2 combined available for further off-take, with which Karnalyte hopes to raise the remaining funds it needs to begin construction.

“With additional off-take to offer up as our trading arrangement, we’re in a unique position and looking for an additional strategic partner,” Phinney explains. “We’re negotiating at the moment, trying to figure out the best way to raise the money we need to move the project forward.”

Karnalyte hopes to finance the project in the next 12 months, after which will follow two years of construction, in time for initial production in 2016/17. With one buyer already confirmed, the project has been significantly de-risked and Phinney is confident that Karnalyte will be able to establish a product line of high-quality potash, and more besides.

Coming full-circle, back to his initial reasons for securing the property, he hopes to establish an additional line of magnesium-based minerals.

“[Magnesium] is not a big market – the biggest market is potash – but it is very attractive and there’s good potential for developing magnesium hydroxides and magnesium carbonates for the marketplace,” Phinney explains. But while willing to expand the scope of the Wynyard Carnallite Project, he and the company has no need to look further afield.

“We don’t see any reason to be looking sideways,” he says resolutely, “when we have something as valuable as this.” 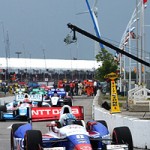 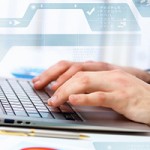